All Broke Down by Cora Carmack 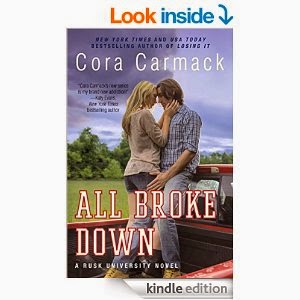 In this second book in New York Times and USA Today bestselling author Cora Carmack’s New Adult, Texas-set Rusk University series, which began with All Lined Up, a young woman discovers that you can’t only fight for what you believe in . . . sometimes you have to fight for what you love
Dylan fights for lost causes. Probably because she used to be one.
Environmental issues, civil rights, education—you name it, she’s probably been involved in a protest. When her latest cause lands her in jail for a few hours, she meets Silas Moore. He’s in for a different kind of fighting. And though he’s arrogant and not at all her type, she can’t help being fascinated with him. Yet another lost cause.
Football and trouble are the only things that have ever come naturally to Silas. And it’s trouble that lands him in a cell next to do-gooder Dylan. He’s met girls like her before—fixers, he calls them, desperate to heal the damage and make him into their ideal boyfriend. But he doesn’t think he’s broken, and he definitely doesn’t need a girlfriend trying to change him. Until, that is, his anger issues and rash decisions threaten the only thing he really cares about, his spot on the Rusk University football team. Dylan might just be the perfect girl to help.
Because Silas Moore needs some fixing after all. 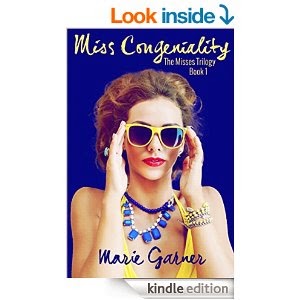 When America’s sweetheart…
Brea Richards is America’s sweetheart. Dubbed Miss Congeniality by the media, Brea has spent years honing her current reputation. And being one of the leading stars of a prime time television show…priceless. It’s a long way from her humble beginnings, but that’s her secret to keep. Or at least that’s what she believes until she gets the phone call.

Meets America’s bad boy…
Lance Holder is America’s bad boy, the guy they love to hate. He lives life the way he wants, and makes no apologies, regardless of what anyone thinks. All everyone sees is the tattooed, motorcycle riding, reckless movie star, preventing anyone from looking beneath the surface. And that’s just fine with Lance. Until his new gig puts him right in the path of Brea.

Will either one escape unscathed?
Lance is the newbie on Brea’s show, and everyone is watching to see if America’s bad boy will influence Miss Congeniality. They don’t know Brea’s worst influences happened long before Lance entered the picture. And Lance seems to be one of the only ones to see beyond her current façade. Maybe America’s bad boy is just what America’s sweetheart needs…

This book is intended for mature readers 18+. 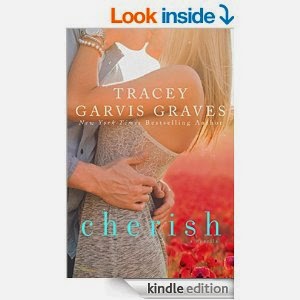 Fans of Covet by New York Times bestselling author Tracey Garvis Graves will be delighted by this novella-length sequel.


When Daniel Rush wakes up in the hospital after suffering a gunshot wound to the head, the last person he expects to see at his bedside is his ex-wife Jessica. Their marriage disintegrated after the death of their infant son Gabriel, and Daniel gave Jessie what he thought she wanted: the freedom to start over with someone else. But Daniel never updated his emergency contact information, and Jessie is the one who receives the call with the devastating news.

Daniel was Jessie’s one true love. Together since college, Jessie had dreams of raising a family with Daniel, and growing old together. When Gabriel died, Jessie buried those dreams with her beloved son and shut everyone out, including Daniel.

Daniel faces months of grueling rehabilitation and he’s going to need some help. Jessie is the last person anyone expects to volunteer, but this is her one chance to make amends, giving her and Daniel a shot at getting things right this time.

The road to recovery will be long and arduous. But with Jessie leading the way, Daniel just might be able to get his old life back.

Daniel knows how to covet. But can Jessie help him remember how to cherish?

*Please note that this is a novella-length sequel. Reading Covet before Cherish is highly recommended in order to enhance your reading pleasure.