Recent college graduate, Kayla Reynolds was ready to leave the university, sorority life behind. Leaving her boyfriend of over three years, she packed her bags and moved four hours south to the big city…New York City. Bright lights, streets that never sleep, and a business lifestyle that she yearned to have were all at her fingertips.

Kayla Reynolds was chasing her dream.

Determined and eager to make it in the corporate world, Kayla changed everything- her image, lifestyle, and outlook on life, putting her career first and her personal life second. That was until her first day, the first time she got a glimpse of Miles Blackwell. Corporate CEO and part owner of ETV, and not to mention, incredibly handsome, Miles Blackwell took Kayla by surprise, stealing her heart as he did.

But nothing had ever come that easy for Kayla. Life had always seemed to have a personal vendetta against her, stepping in when everything seemed too good to be true, reminding herself of whom she really was. It wasn’t until she met Merrick Drake that she realized when to stop; when running was no longer an option. For the first time in her life she had someone she could relate to; someone who wouldn’t judge- who saw the person she was inside. She and Merrick connected…on more levels than one.

When life was too much to handle, they ran.

But there was only one person that could make Kayla stop for good. Only one man that made her want to stay.

Would Kayla finally stop running or would it all be too much to handle?

Have you ever needed a fresh start or a do-over? Just wanted to pick up and leave and go where no one knew who you were in your last town or anything about your past??? I think at some point we could all probably say yes to that question.

That is exactly what Kayla Reynolds decides to do! She moves to the Big Apple after landing a job with ETV. Although being an assistant to a CEO is not her dream job it does get her one step closer to where she wants to be which is an entertainment news anchorwoman. She works for Connie which reminded me of Meryl Streep’s character on The Devil Wears Prada. You question why Connie is so intimidating. Everyone in the office feels that way about Connie. She has excellent work ethics but could it be something deeper??? 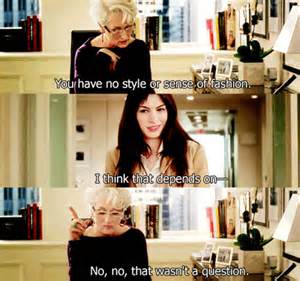 Kayla has an encounter with an extremely attractive man in the elevator on her first day. Her best friend warns her though to stay away from those types of people. They are always the ones with secrets. I think most of us have read enough romance novels that we know what 'those types of people are'! :) There is just something about this stranger that she is drawn to though. He ends up being Miles Blackwell, one of the CEO’s of the company. My first thought…. NOT GOOD! Can you date within the office?? I can definitely feel the chemistry between the two.

The people at ETV go out on Tuesday’s for what they call ‘Tipsy Tuesday’ to a local bar and there Kayla meets Merrick. He is the owner/eye-candy bartender that everyone loves to look at. There is also a connection between Kayla and Merrick.

Without giving anything away, there are deep, emotional relationships built along with strong rooted friendships. Connections from the past come back with the potential to destroy trust and part of those relationships. Some people are even looking for revenge.

To help cope.... sometimes you just need to let loose and have a few drinks with a friend and not discuss your problems. Nothing in the world is easy but there are times when you just need a little escape to forget about your worries and troubles. Is it easier to face the problem or just pick up and move again?

The big question that each reader will have answered is whether Kayla decides to continue running or finally take off those running shoes and enjoy her forever. Will she do it independently as originally planned or will she decide to keep a man by her side?

Great read! I really enjoyed this and would love a continuation story on some of the other characters in the book!