Synopsis
Peaches Monroe works at a bookstore in small town Washington. She's also a plus-size lingerie model, and the former girlfriend of Dalton Deangelo. He's the sexy, smoldering actor who plays TV's hottest vampire.
Now Dalton is back in town, hiding out from his past and a ton of bad publicity.
He can't keep his hands off Peaches, even though she's dating someone else.
Peaches knows that being friendly with Dalton always ends up in complete disaster, but he does have an interesting proposal for her--a wedding proposal. He says a fake wedding will save his career, and he needs her.
As much as she'd love to run into the arms of the incredibly hot, deliciously sexy actor, she's also afraid. He keeps hinting that he loves her, but he won't say the words.
Even if he did profess his love, can you ever really trust an actor?
♦♦♦♦♦♦♦♦♦♦♦♦♦♦♦♦♦
Teaser
We climbed up, stepping sideways so we didn’t murder ourselves on our roller skates. We grabbed our things and proceeded up higher and higher, until we were in darkness. I could barely see Adrian’s face, but I found his lips easily.
We kissed, sitting next to each other on the flat wooden bleacher step. I took his lower lip on my mouth and felt carefully with my tongue for the tiny scar from his lip ring.
He pressed his tongue hungrily into my mouth as one hand came across and landed on my bare knee.
He moved his lips away from mine, and over to my ear. He took my earlobe in my mouth and gently sucked it, the way he had my thumb. My skin prickled all over, and I felt myself begin to glow with sweat.
Moving down my neck, he licked and sucked and gently bit my skin until I was moaning. I could hear the crackle of his saliva as he sucked my neck, let go, and held it again with gentle pressure.
At the same time, his hand moved slowly up my leg—trepidatiously, like the hand of a young guy trying to get to third base for the first time.
I whispered, “Are you trying to get to third base?”
He pulled his hot mouth away from my neck, the saliva evaporating and cooling my neck suddenly. To accentuate this, he blew air gently on my neck. I shuddered with pleasure at the sensation.
In the shadows, I saw him lick his lips, then say, “It would be a crime for me to skip second base.” His gaze was directly on my peaches, looking luscious and heaving from my rapid breathing.
“May I?” he asked, holding out both hands, inches from my sweater puppies.
I grabbed his hands by the wrists and brought his hands firmly to me, squeezing over his hands to get him started.
“This is heaven,” he said, squeezing them together and lowering his face to the crease, breathing deeply.
I entwined my fingers in his hair and held him tightly to me—not smothering-tightly, but firm enough to let him know I liked him touching me.
“You smell fucking unbelievable,” he said, his voice muffled.
♦♦♦♦♦♦♦♦♦♦♦♦♦♦♦♦♦
Meet Mimi

Facebook / Website / Amazon / Goodreads
Bestselling author Mimi Strong thinks life is too short to be anything but outrageous.
She's the author of 3 USA Today Bestsellers, STARDUST, FOR YOU, and BORROWED BILLIONAIRE, as well as STARLIGHT, HER TEDDY BEAR, BILLIONAIRE NOVELIST, KISSING COACH, and PRETTY GIRLS.
Mimi lives on the west coast with her green-eyed husband and two ginger cats. She loves her beautiful readers and sends you all big hugs in the form of awesome books full of sex, humor, and heart.
♦♦♦♦♦♦♦♦♦♦♦♦♦♦♦♦♦
Buy Now 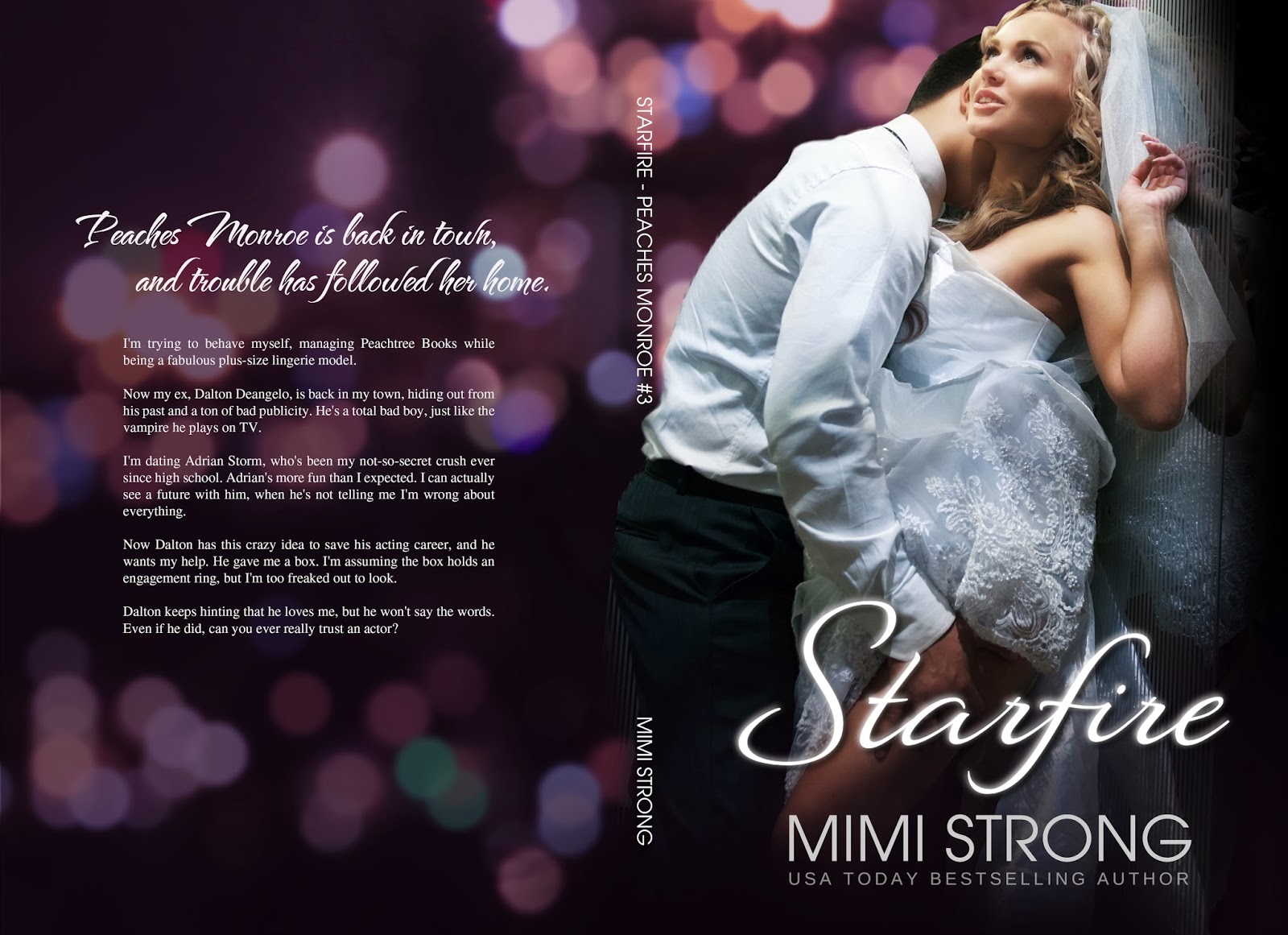