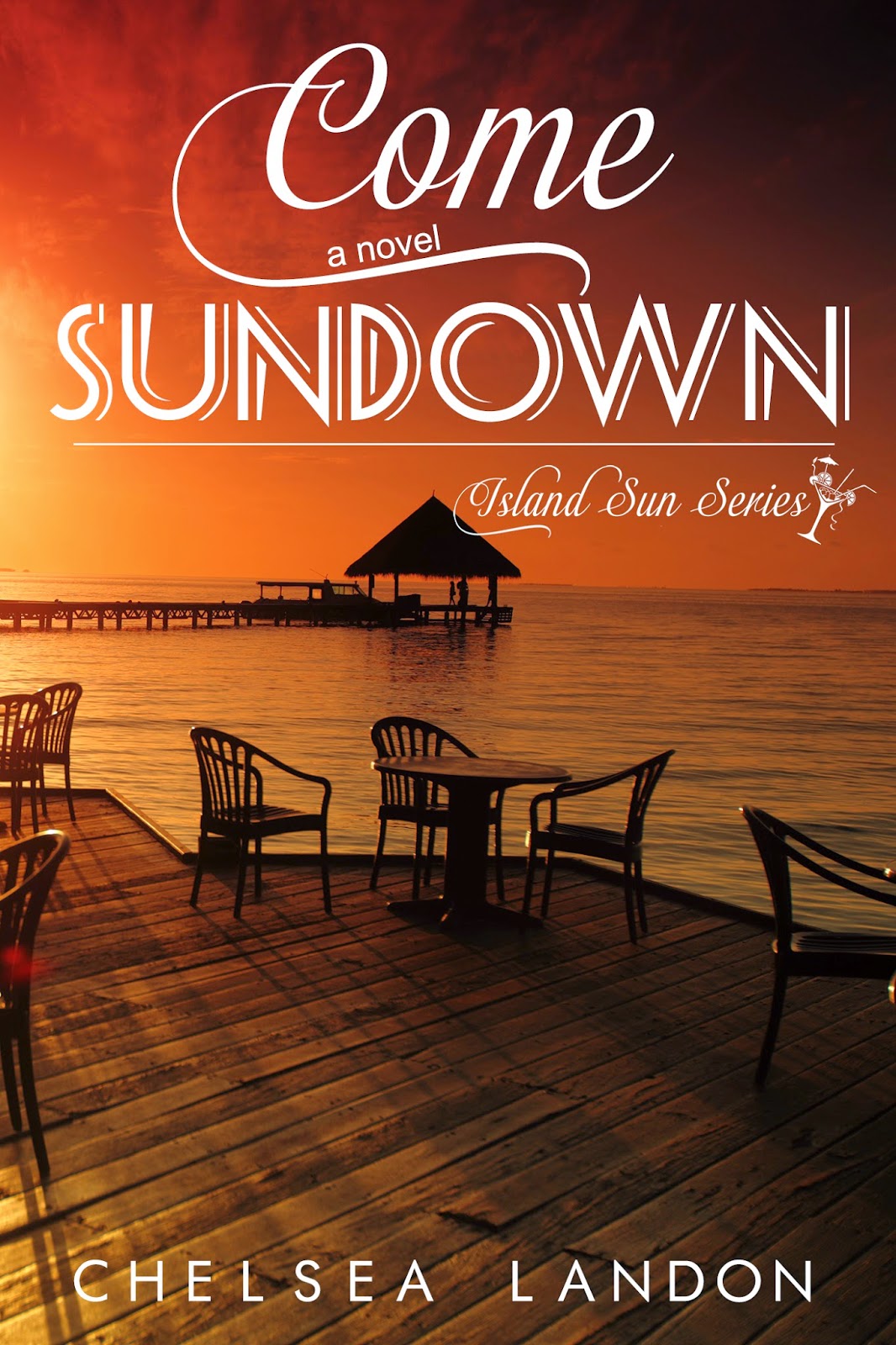 Erin Evans is the kind of girl no guy wants to be in a relationship with. She's controlling and never backs down when she thinks she's right.

Knowing this, and rightfully fearing her last few years in her twenties will be like the last five, she looks for some adventure.

That's when her best friend convinces her to go on vacation with her to the Bahamas.

On the land of white sand, coconut rum, and a cloudless sky, what she never expeects is to meet Tyler Weston, a local bar tender with a sweet tongue for the pretty girls. He's tattooed, entertaining, and living the dream in paradise as he sets her drinks and world on fire.

As the moon lights the city, Erin unexpectedly becomes infatuated with Tyler and his bartending skills when he offers her a challenge to try his Black Magic drink. With a mission to now try every drink on the menu, one night she can barely remember turns into two weeks of exciting possibilities she never saw coming.

Can Erin put aside her cynical side and let the dirty mouthed bartender show her what island life is really like?

“Sounds like you have it all figured out, don’t you?”

By the look on his face, it was fairly obvious he was about to say something dirty. “Sweetheart, you’d be surprised what that mouth can get me and what it can do for you.”

“Wow.” I threw my head back. “You’re so fucking arrogant.”

“Arrogance is a blessing.”

“No matter what you say” — he winked — “you want a man with confidence.”

He had me there.

A raucous burst of laughter brought me out of my island boy trance.

I brought the glass to my lips, finishing my drink, and watched a group of intoxicated girls grind on each other. Next to them, there was a group of men watching, drooling, and then taking them home.

“A girl really did a shot off a guy’s dick?”

Tyler grinned and held up the bottle of tequila in one hand, the other one undoing his belt buckle. “Wanna try?”

“Oh, uh.” I swallowed, and I thought he sensed maybe I wasn’t drunk enough for that, but it did sound appealing to me. I wouldn’t mind putting my mouth on him for sure, the thought tempting, even if I just envisioned it in my mind.

Before I had a lot of time to think about it, Tyler looked around the bar. It was empty for the most part, so he patted the bar. “Hop up here, city girl.”

He raised an eyebrow, setting the bottle of tequila on the bar and then placing two limes and salt beside it. “Yeah, what the fuck does ‘hop up here’ mean in city terms?”

“Off my dick?” You couldn’t miss the eagerness in his voice.

I jumped slightly when his hands touched my exposed knees, pulling them apart. He then grabbed the salt shaker and made me get on the bar. He moved between my legs, putting his hands on my thighs again. With a firm grip he slid me forward and stood so his chest was in line with mine, so close I could finally smell him. He smelled like summer, warm sand, rum and cologne, fresh and clean.

He let go of me and then drew back far enough that he could raise his hands to pull his T-shirt over his shoulders. Goddamn, was he muscular and tanned. Dark markings scattered his chest and arms with what appeared to be about twenty or thirty different tattoos. I didn’t have a single tattoo, and the thought of getting even one terrified me. But part of me was really excited right then because now I knew he didn’t have a cat’s ass on his stomach. I could work with this.

I snuck a peek at his body again, just one more and proudly noticed him doing the same thing.

Oh yeah, I could definitely work with this.

We stared at each other for a moment, Zac Brown Band bellowing through the bar.

I was fairly modest in my attempt at a body shot and did one off his neck. Licking his soft but rough skin, I took my shot and then sucked on the lime in my hand. He said nothing, showed no real reaction other than his arms tensing when I licked his neck.

We sat there, staring at each other.

It was his turn.

Slowly he bent down to my neck, his lips on my collar bone, but he didn’t stay there. He surprised me when he moved lower, and lower. When he reached my thighs, he slowly spread them apart, his thumbs on my inner thighs, just inches above my knees.

I moaned, tossing my head back. “Of course you’d do that.”

He looked up at me, his head between my legs. “Nice panties.”

I went to close my legs, but he caught them in his firm grip, prying them apart. “I don’t think so. You owe me.”

His mouth moved in, closer, and then closer. The heat from his breath and the humidity had me sweating like crazy. No way did I want his mouth down there. I tried to pull him up by his shoulders, but he knocked my hands away and shook his head.

With his mouth on my left thigh, he slowly licked a trail upward until his nose hit the bottom of my dress. Drawing back just slightly, he reached beside him for the salt, sprinkling it over the path his tongue had just made. Reaching up he placed the lime in my mouth.

I took the lime, willingly. He grabbed the shot and lowered himself once more between my legs.

Wanting to tease him, and maybe torture myself, I spread my legs a little farther apart.

He smiled, his eyes a little darker as his hair fell in his face. Nothing was being said, but this was by far the sexiest shot I’d ever experienced.

With absolutely no hesitation, he licked the path he made with the salt, his tongue flat and wet against my overly heated skin. The sensation shot through my body, causing me to jump on contact. He noticed and gripped my thighs a little tighter, holding me still.

Pulling away, he threw his head back and took the shot, and then brought himself to my mouth.

At some point I had bitten down on the lime; the juice squeezed down my chin and neck. Licking my neck, then chin, capturing the juices, he then took the lime, smiling the entire time.

Our lips never touched, and I was sadly disappointed. I wanted to kiss him.

He leaned toward me and brought his lips to my ear. “Now imagine that…higher….” His left hand, which was on my thigh, still moved higher until the pad of his thumb was between my legs. He stroked his thumb over my clit, separated from his skin by the thin wetness of my panties, with just enough pressure that I wanted to scream and then shove his entire hand up there. To say my body was now officially more liquefied than the drinks that this delicious looking bartender served to his customers would be the biggest understatement of the night. I needed him as much as I needed my next breath.

Praying that this night ended the way I’d envisioned because this ache wasn’t going to go away on its own.

Other novels by Chelsea Landon It was one night, one fate and something tragic destroying something beautiful.

Heavy sheets of smoke curling and rolling together constricting my visions of this life I had.

You see that there?

That wrenching pain in your gut knowing not everything as it seems?

Look closer. That nervous energy you now have, stumbling over words you can’t say, a voice muffled under a mask, a moaning plea to be saved, slurred words on the tip of your tongue, there’s the something tragic.

When I have nothing left to give, nothing left to say, it’s him that brings me back to the moment, in the arms of my firefighter, the warmth of his heart and body, struggling to save his family. 
I want out of this town.

I want to leave and never look back.

He doesn’t knock when he comes in, he never needs to. He knows, as well as I do, my door is always open, waiting.

I crave him. I do. He knows this, I think, I know, and I believe he craves me too. Why else would he come back?

It’s his determination and his will that gets me. That determination keeps me waiting for him in a dreary bay. I’ve always heard my friends say they wanted the rich guy to take them out of this small town that seems to hold us all captive.

Lincoln wasn’t that guy. At first look, he’s a fisherman, married to the sea and weighted by her waves.

Who is he to me?
He’s someone who gives just enough.
He shows me a different way of thinking. A way to give more than just enough.


A stay-at-home mom, Chelsea spends her days drinking entirely too much caffeine, baking sugar-sweet treats she never eats, playing on Pinterest, and jotting down notes for her novels. A dreamer at heart, she’s been creating happily-ever-afters. She’s a lover, a writer, a dreamer, would rather type than speak, wants to remember everything, loves lots of ice in her drinks, and is slightly introverted.