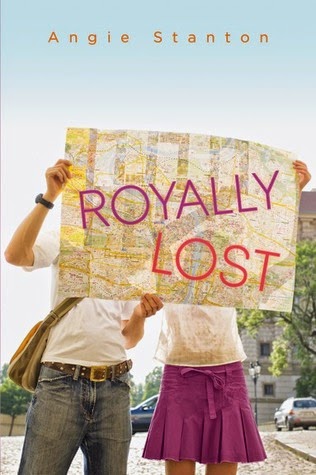 Summary: Dragged on a family trip to Europe’s ancient cities, Becca wants nothing more than to go home. Trapped with her emotionally distant father, over-eager stepmother, and a brother who only wants to hook up with European hotties, Becca is miserable. That is until she meets Nikolai, a guy as mysterious as he is handsome. And she unknowingly finds herself with a runaway prince.

Nikolai has everything a guy could ask for-he's crown prince, heir to the throne, and girls adore him. But the one thing he doesn't have...is freedom. Staging a coup, he flees his kingdom and goes undercover on his own European tour.

When Nikolai and Becca meet, it’s their differences that draw them together. Sparks fly as they share a whirlwind of adventures, all the while dodging his royal guard. But Becca's family vacation ends in a matter of days. Will Nikolai and Becca be forced to say goodbye forever, will his destiny catch up to him, or will they change history forever? 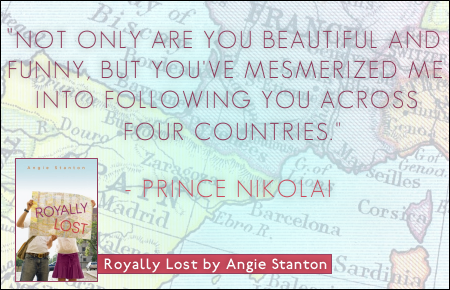 The hot sun burned down on Becca. “The lake is so clear I can see all the way to the bottom. I wish I’d worn my swimsuit.”
“You could . . . you know,” Nikolai said suggestively, looking at her shirt.
“I am not skinny-dipping, so you can wipe that idea from your mind right now.”
“Look who’s jumping to conclusions. I wasn’t suggesting you skinny-dip.” He delivered a sly grin. “What I was about to say is that you could swim in your underwear.”
“Oh, but—”
“Ut.”He held up a finger. “Let me finish. Your underwear probably covers you more than your bathing suit anyway.”
Becca opened her mouth to speak, but then changed her mind. She knew he was secretly laughing at her.
“What? It’s a great idea.” He smiled devilishly.
“So, you’re saying you’d strip down to your undies, right here, in broad daylight.”
Nikolai stood and reached between his shoulders, pulled his T-shirt over his head, and dropped it at her feet. “You Americans are so uptight about your bodies.”
Becca stared at his strong arms, lean physique, and flat stomach. He began to unbutton his shorts.
Her jaw opened. She wanted to tell him to stop, but even more, she wanted to see if he’d actually drop his drawers in front of her.
He did.

About Angie: Angie Stanton never planned on writing books; she wanted to be a Rockette. However, growing up in rural Wisconsin, with her brothers' 4-H pigs as pets, dance didn't work out. Instead she became an avid daydreamer. After years of perfecting stories in her head, she began to write them down, and the rest is history.Angie is the author of six books including Royally Lost, Rock and a Hard Place, and Snapshot. She graduated with a Journalism degree from the University of Wisconsin, and is a proud double finalist of the National Readers Choice Awards for Love 'em or Leave 'em.Website: http://angiestanton.com/Twitter: angie_stantonFacebook: https://www.facebook.com/AngieStantonAuthor

a Rafflecopter giveaway
Posted by Unknown at 5:10 AM