Three Nights With a Rockstar 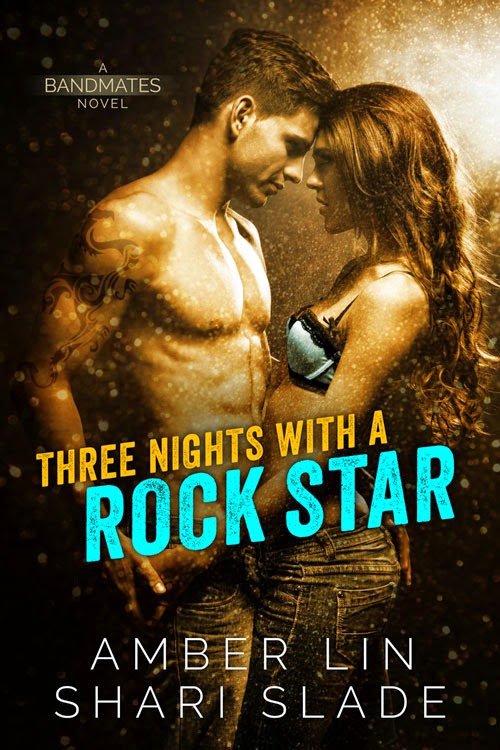 
When Hailey crashes a Half-Life after party, she expects to find the bastard who knocked up her little sister. Instead she meets the sexy front-man who agrees to give her access to his crew if she gives him access to her body.

All Lock demands in return is three days of complete control over the Sunday School teacher. With a contract, because he’s been burned before. One misstep could send the band—and his tenuous sobriety—up in flames.

Hailey and Lock push each other’s limits… Against the penthouse window. Backstage. In the limo and on the elevator. But as the contract counts down, neither are ready for the party to end. 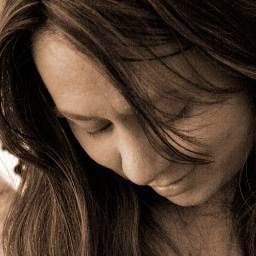 Her debut novel, Giving It Up, received The Romance Review’s Top Pick, Night Owl Top Pick, and 5 Blue Ribbons from Romance Junkies. RT Book Reviews gave it 4.5 stars, calling it “truly extraordinary.” She has been published by Loose Id, Carina Press, and Entangled.


Amber married her high school sweetheart, birthed a kid who’s smarter than she is, and spends her nights writing down her dirty thoughts. In other words, life is good. 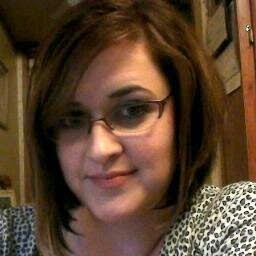 Shari Slade is a snarky optimist. A would-be academic with big dreams and very little means. When she isn’t toiling away in the non-profit sector, she’s writing gritty stories about identity and people who make terrible choices in the name of love (or lust). Somehow, it all works out in the end. If she had a patronus it would be a platypus.

Hailey forced herself to stand still for his leisurely perusal. Even when he stood and stalked toward her, she managed to hold on to her dignity—whatever dregs she had left after donning these clothes and almost falling on her face. But his smile hit her like a blast of heat, blinding her, scalding her. He looked far too pleased with himself, like a man about to get everything he wanted. And her shaky insides warned she might just give it to him.


“What do you mean?” she asked, proud her voice didn’t quaver too much.


“You want to stay here while we’re in Chicago,” he said. “To stay here for three days, to blend in so that no one questions why you’re here. To ask questions, poke around.”


Yes, that was exactly what she wanted. So why did her nod feel like surrender? As if she’d agreed to his terms before she even knew them. But then maybe she did know what his terms would be. His eyes spoke the words his lips had yet to say. There were volumes of gold-flecked pages filled with all that sensual knowledge. They promised delight and, even better, a hard bite to the exchange. Where the men she had been with were a fresh spring breeze, he stood before her like the calm before the storm, his eyes darkening clouds.


“Can you…” She licked her lips. His gaze tracked the movement, making her feel hunted. “Can you help me?”


His expression softened. Just the slightest degree, but it was enough to slow the hammering of her heart. This was the same kind man she’d met in the lobby. Desire had given him a rough edge, turning his loping gait into a prowl, making his nostrils flare—scenting her. But he was still kind inside.


When he didn’t answer, she searched for whatever strength she might have found. You want… he’d said, listing her terms. Only his terms were left to be stated. A negotiation, then. But even as she thought the words, an image flashed through her mind, a gazelle caught from behind, the vicious beauty of her captor feasting in a National Geographic special.

“What do you want?” she whispered, and somehow the wall was at her back. He was at her front…crowding her…embracing her?


“You,” he snarled. “Under me. Over me. On your knees in front of me. I get full artistic license to your body for three days.”


His words pounded her like hail, leaving dents and then pooling in the hollows left behind. They drowned out the rest of the world and shook the floor. She began to shake too—but her gaze remained locked with his. The shaking was on the inside, fear and a strange longing warring inside her, a battle to the death. She stood frozen, caught in his sights and too terrified to run. Too curious to walk away.


He stepped back, sending a wash of crisp hotel air over her body. She sucked in a breath and immediately missed the earthy scent of him.


“And you,” he continued conversationally, “will have total access to play Nancy Drew in the hotel. That is, whenever I’m not using you.”


Her body lit up when he said the word using. It imploded on you, spoken with such self-assured possession. What was wrong with her that she wanted to be used? Maybe because she wanted to be free to enjoy sex, to really explore it, for the first time in her tame little life. Maybe because he would be the one using her, and he seemed like he would know just what to do with her.


This was a bad idea. For reasons that weren’t quite coming to her at the moment. But she knew it was bad. If she’d said it once, she’d said it a thousand times to her preschoolers: don’t make decisions when you’re angry. Though she wasn’t angry. She was concerned. And frustrated. And…


God, Chloe, why? After I worked so freaking hard so you could start college, why couldn’t you be more careful?


She swallowed. So maybe this weekend could be for her too. She would find the baby’s father, but she’d also find something for herself.


With a deep breath, she struggled for levity. A lopsided tilt of her lips was all she could manage. “Where do I sign?” she joked.


His grin widened, revealing an even row of white teeth. The Cheshire cat had just such a smile. “I’m so glad you asked. I have blank copies of my contract in the side table. Right next to the lube.”
Posted by Unknown at 6:00 AM