Under The Orange Moon - Review

Adrienne Frances and Bandit Publishing are excited to share with you the RELEASE of “Under the Orange Moon” by Adrienne Frances. Make sure to check out the preview on itunes, add to your Goodreads, pick up your copy and enter the AMAZING GIVEAWAY below for a KINDLE PAPERWHITE, SIGNED PAPERBACKS, Amazon & iTunes GIFT CARDS! Also, don’t forget to join us at the Release Day and Blog Tour Event starting on March 20th – join by clicking the below link. 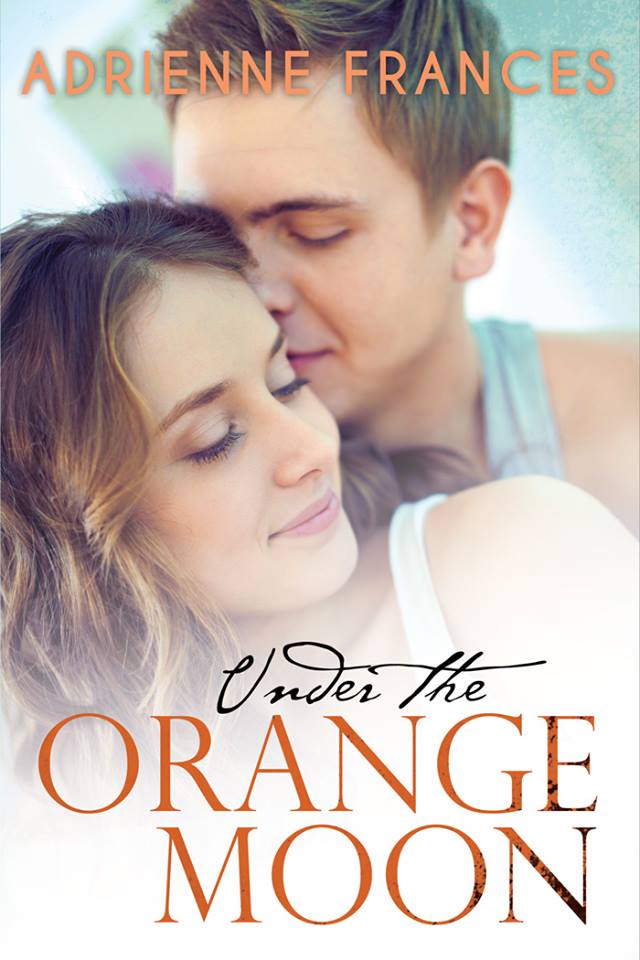 Dylan Mathews grew up in a house that was always filled with good-looking guys. However, with four protective older brothers they never stood a chance.
Except for one.
Dylan knew she loved Ben McKenna from the first time she laid eyes on him. When he started sneaking in her room, she thought he felt the same way.
But just as their passion ignited, he left for college and never came back.
Until now.
Returning home after 5 years, Ben realizes Dylan has always been the one for him.
Can he win back her heart and finally find love under the orange moon?

You can read a sneak peek of the book at iBooks 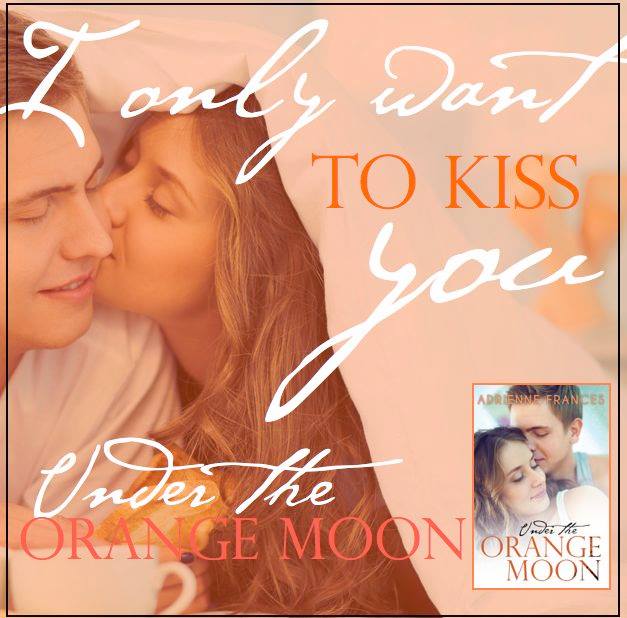 Adrienne Frances spends her time as a writing consultant at a university near her home. In her spare time, she loves to be with her husband and two sons, who have made her exactly who she is today. Writing is a passion that she has appreciated for as long as she can remember. She believes that a wild imagination is a terrible thing to waste and should be captured and brought to life by all that are blessed to have one. This way of life is what led her to become a writer and later an author under Bandit Publishing. Her first celebrated novel, Under the Orange Moon, is set to release in March.
Website: http://www.adriennefrances.com/
FB: https://www.facebook.com/UnderTheOrangeMoon

This story was such a sweet romance and has so much about learning to forgive yourself and others. There comes a time when you need to grow up and grow out of the shadows of your parents and learn that you won’t make the same mistakes they make and that you aren’t exactly the same person they are/were. You have to embrace the things that make you happy and stop torturing yourself and making yourself suffer for no reason when happiness is right in front of you.

Ben has been sneaking into his best friend’s sister’s (Dylan) room forever. They spend the nights cuddled up in her bed. It is so sweet. Ben is also known as a player though and right when something gets heated between him and Dylan he takes off.

Dylan has always had a thing for Ben and always found comfort in his arms. He has returned and that spark that she had for him is still there. What will happen now if he climbs into her bed??? Of course, the sparks will have to ignite into a fire but how long will the fire burn???

Ben fears he is not good enough for Dylan and knows that her brothers will think the same thing. After a tragic event he pushes her away which punishes them both. I was heartbroken for both Ben and Dylan because I really thought they were happier when they were together. You could feel the joy in both characters but you knew something was going to happen because they were keeping everything a secret.

Will Ben finally realize he is good enough for Dylan and can love and treat her the way she needs to be? Can he realize he isn’t the person his parents always told him he was? I felt a little heartbroken for Ben because I thought he deserved so much more than what he was getting. He didn’t need to be so hard on himself. There were also times that I wish Dylan would have pushed more for Ben’s attention although I know she said with his personality it would have sent him running in the other direction. Great story though with a fabulous ending!