AMAZON | AMAZON UK | BARNES & NOBLE | SMASHWORDS
Being alive and living are not always the same.
Trudy Love is used to being on her own and has rarely been shown affection. Between growing up in foster care and her abusive boyfriend she has no idea what life can be. At 19 she goes through something no one should ever experience and is left alone once again. Six months later she moves to Mobile, Alabama where she meets someone whose eyes bring back memories of the one person she misses everyday. Too late she finds herself caught in a storm of emotions that are unwanted, but she's determined to fight them off.
Jaxon Coleman has a good life, and for him to attend one of the finest Med schools in the country and follow in his dad's foot steps is a dream come true. However, dreams can change in life and when he meets Trudy he knows his will never be the same. Jax knows she has secrets she is unwilling to share, but he's never given up on something he wants and he wants Tru.
Can Trudy stop resisting her feelings and welcome the chance to live a different life than she pictured or will her defiance and haunted past eventually take her out of Jax's reach?
After tragedy living is not easy, but with the right person it can be learned. 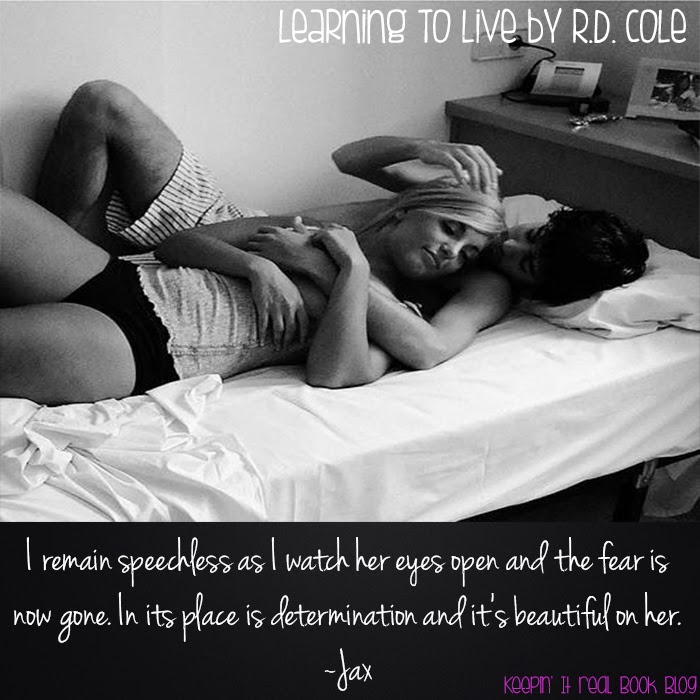 Add To Your Goodreads

My name is Robin and I live in Grand Bay, Alabama. I grew up an army brat and traveled a lot until we finally settled down along the Gulf Coast when I was 4. My husband is 9 years younger so I guess that makes me a COUGAR.
I have a little girl who is 9 and is blind as well as autistic. My life is not boring with them two in it. Believe me. I have always loved creating and I would constantly draw on my walls. I love painting and reading. Writing is something I wanted to do but didn't think I could, until I woke up at three a.m. a few months back and started writing. Life has a way of throwing rocks at you and putting cracks in your soul. Either you can duck and cover or you can make something beautiful from the cracks.


After that, the story took over. Even though some pieces of my life experience are within it, it is Tru and Jax’s story now. I have truly fell in love with this story and hope you all do too.
FACEBOOK | GOODREADS | WEBSITE 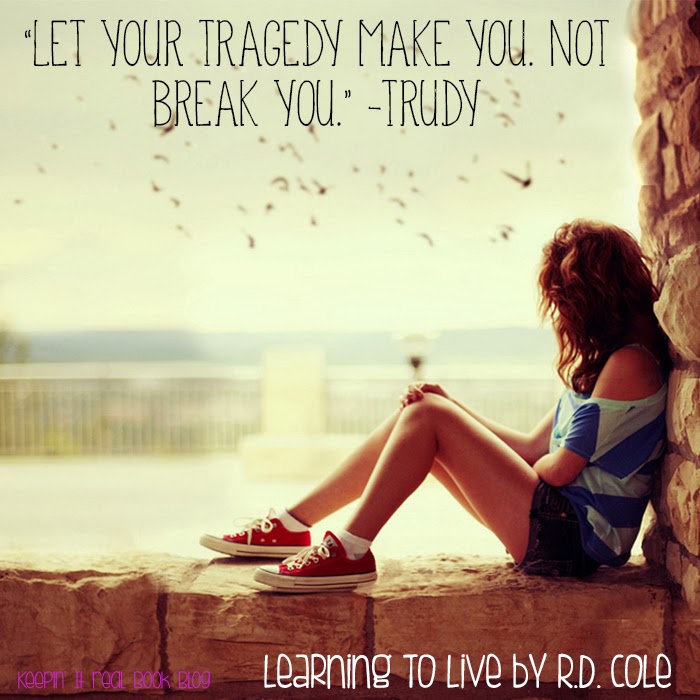 My Review:
Stars : 4.5
I adore Tru and Jax's story!
Trudy Love has not had an easy life. Her parents abandoned her when she was a young child and she was placed in foster care. To all but one foster care family she was nothing but a paycheck. At 18 she is kicked out of the system and moves in with her abusive boyfriend. It broke my heart to see someone go through as much as she did. She wanted to be better/have a better life and when she tried to get out of the situation tragedy strikes again. How many times can life knock her down??
When Tru finally makes it to college she meets Jazz who shares a bathroom with her. I loved Jazz’s character. She is adopted and from a privileged family but she never looked down at Trudy. She welcomed her with open arms and genuinely cared for her. She taught her what a friend was supposed to be and how to open up and live life. Jazz has a secret relationship that she is hiding though. We are left with a bombshell from Jazz at the end of the book which will open us up for book two.
Jax… Jazz’s brother…. He is amazing!! He is so gentle with Trudy 95% of the time but behind closed doors… he can talk nasty to you… and I mean in a good way!!! The sexual tension between Jax and Trudy is undeniable, but she doesn’t want a relationship and he refuses to stop until he gets what he wants, and his eyes are set on Trudy.  Trudy hasn’t told anyone about her past and doesn’t know if she is able/ready to open up to Jax or not. But, Jax is just wonderful and the things he does for her are amazing! He wants to truly take care of her and you know his intentions are nothing but honorable.
I was sucked in to this story and would definitely recommend it! I can’t wait for the next one in the series to be released! I am still left with a few unanswered questions that I hope are addressed in the next book.... What happened to Blaire??? Did Tru finally get what she had been saving for???