Break You by Jennifer Snyder 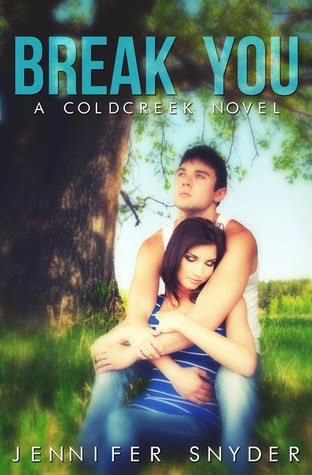 
Synopsis:
Blaire Hayes enjoys a quiet life, spending her days as a CNA at the local nursing home and nights studying for exams. She prefers things to be as uncomplicated as possible — but when her friends drag her to a party and she bumps into her high school crush, the path of Blaire’s life veers in an entirely different direction than what she had planned for herself.
Jason Bryant created a nice life away from his hometown, putting distance between himself and the suffocating sadness of his father’s death. But when he finds out his grandfather’s health is deteriorating, he decides he must return home. Partying was not on his agenda while in town, but it’s how he bumps into Blaire Hayes—the girl he’d always thought of in high school as an unobtainable pass.
Together the two learn there are moments in life that hold within them all the power to break you…
(New Adult: Contains sexual situations, language, mature themes, and alcohol usage.)


Jason came up behind me, his sandals shuffling against the smooth surface of the rock. “It’s nice, isn’t it?” he asked, his voice nothing but a whisper.
Glancing over my shoulder at him, I was surprised by how close he was to me. Inhaling, I could smell his guy-scent—a mixture of soap and deodorant of some sort. Whatever it was, it was spicy and male and I liked it. My eyes traveled the length of him and I knew he could feel them on him, but I was too tipsy to care, so I continued checking him out unabashedly while his gaze locked on the sky.
“Look,” he said as he pointed. “Bats.”
My head snapped to where he’d pointed so quickly, the movement jerked my body with it and I stumbled. Losing my footing, I nearly toppled into the river. Jason reached out and steadied me, his large hands gripping my forearms.
“Whoa there,” he chuckled.
His face was inches from mine. His warm hands still gripped my arms. I straightened my stance to a firmer one, but he still didn’t let go. Our stare became fused together as electricity zapped beneath my skin from the contact I’d been craving all night.
“Thanks for catching me.” A giggle built in my chest, but the second I saw his tongue slip out and lick at his bottom lip, it disappeared.
“No problem.”
His hands slid free from my arms only to grip my hips firmly. My heart pounded from their sudden shift in placement. Jason’s jaw moved as he bit at the inside of his cheek. I wondered for a moment if this was a nervous habit of his or if he was simply wondering whether now was the time to take me home.
I didn’t want him to take me home. I wasn’t finished with this night—with him—just yet.
With the courage that came from drinking three Long Island Iced Teas and the yearning that pulsated through my body from his nearness, I did what I wanted—I arched my body into his and kissed him. His lips were warm and soft; his breath tasted of spicy liquor, and I knew I was right where I’d wanted to be a million times in my head—locked in Jason Bryant’s arms with my lips pressed to his.
Purchase: 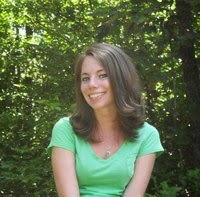 Jennifer Snyder lives in North Carolina were she spends most of her time writing new adult and young adult fiction, reading, and struggling to stay on top of housework. She is a tea lover with an obsession for Post-it notes and smooth writing pens. Jennifer lives with her husband and two children, who endure listening to songs that spur inspiration on repeat and tolerate her love for all paranormal, teenage-targeted TV shows.

Find out more about her latest novel by visiting her blog:


http://jennifersnydersblog.blogspot.com
Other ways to connect with Jennifer: