It's a Shame - Cover Reveal 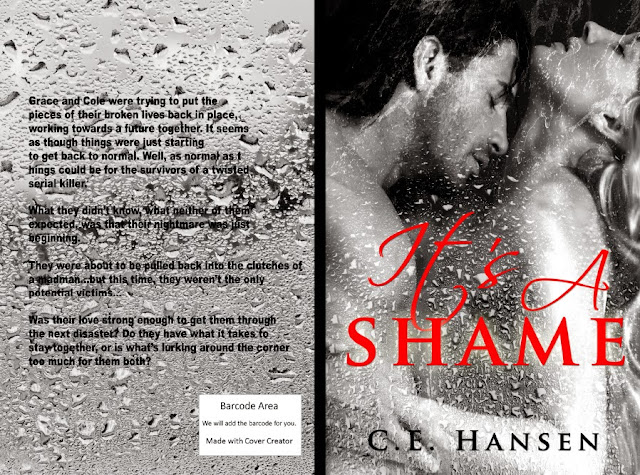 Grace and Cole were trying to put the pieces of their broken lives back in place, working towards a future together. It seems as though things were just starting to get back to normal. Well, as normal as things could be for the survivors of a twisted serial killer. What they didn't know, what neither of them expected, was that their nightmare was just beginning.


They were about to be pulled back into the clutches of a madman, but this time, they weren't the only potential victims.

Was their love strong enough to get them through the next disaster? Do they have what it takes to stay together, or is whats lurking

around the corner too much for them both?

Wealthy New York socialite Grace Preston uses men for amusement, holding her heart inside an ice fortress for protection. Spurned by a sociopathic male model, Grace picks up a new man with all the right moves; smooth as bourbon, Cole slides under her wall and touches her in places she thought were well-guarded. But after a weekend of fiery passion, he leaves, devastating her.

Get this deal:Amazon
Posted by Unknown at 11:24 AM