Living Blond Trilogy: Diamonds Are a Teen’s Best Friend, The Seven Month Itch, How to Date a Millionaire


Book 1 in the Living Blond trilogy… 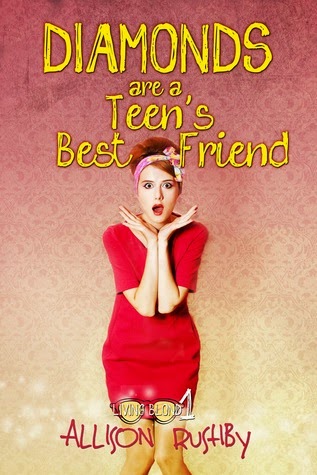 Diamonds are a Teen's Best FriendNessa Joanne Mulholland, aka Marilyn Monroe's No. 1 teenage fan, is used to moving house. This time, however, she's relocating in movie-star style—crossing the Atlantic on board the Majestic, headed for Paris from New York City. And it really would be in movie-star style if it wasn't for the fact that she's bringing her cringe-fest professor dad along for the ride (Dad's specialization: human mating rituals—need Nessa say more?). Oh yeah, and sharing a cabin that's five decks below sea level and next to the engine room. Still, at least Holly Isles is on board. Yes, really, that Holly Isles—star of stage and screen. Suddenly, things are looking up. Looking a little Marilyn, in fact, because events are strangely mirroring Nessa's favorite movie of all time, Gentlemen Prefer Blondes.Watch!As Holly Isles, world-famous actress, confides in Nessa over mocktails.Listen!As Nessa coaches Holly in the amazing "Nessa's Lesson's in Love"—the ultimate man-catching rules to finding true and lasting lurv.See!Nessa fall for Holly's too-cute nephew, Marc. . . and Cover your eyes!As it all goes terribly, horribly, embarrassingly wrong.There's no doubting it. This is going to be one pitchy crossing.
***
Book 2 in the Living Blond trilogy… 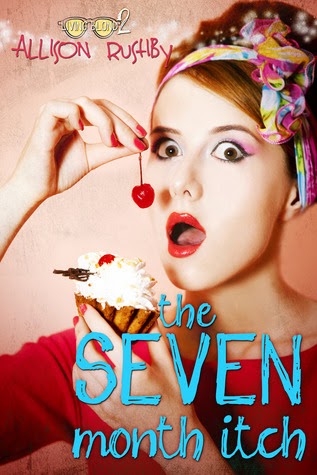 The Seven Month ItchNessa Joanne Mulholland, aka Marilyn Monroe's No. 1 teenage fan, is living the high life in Manhattan. Literally. Waffling and pancaking it up every morning (care of housekeeper Vera) in her soon-to-be stepmother's Tribeca penthouse apartment. Things couldn't be better. Or so she thinks, until things start to go terribly, horribly wrong, in true Nessa fashion. All of a sudden, she's starting to feel the need to pull at her collar. Yes, it's summer in NYC and things are heating up fast, including the professor and Holly's wedding plans.


Gasp!Along with Nessa as her dad's too-gorgeous research assistant moves into the new family penthouse while Holly's away filming in LA . . .Cringe!As Nessa gets dumped for "Doris Day" . . .Hiss!As Kent Sweetman decides he wants Holly back, wedding or no wedding . . . andBite your nails!As the cupcakiest wedding ever hangs in the balance.Phew! The temperature's getting hotter by the second, heat rash is setting in fast—and everyone's starting to scratch that Seven Month Itch!
***


Book 3 in the Living Blond trilogy... 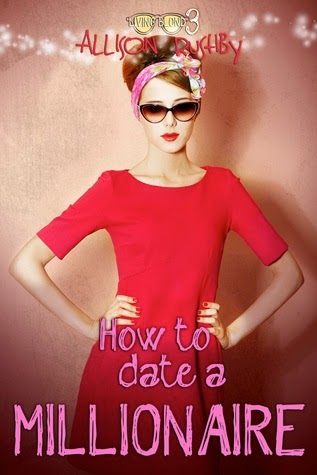 How to Date a MillionaireNessa Joanne Mulholland, aka Marilyn Monroe's No. 1 teenage fan, is about to become a big sister—twice over. Her movie-star stepmother, Holly, is very pregnant with twins when, suddenly, B and G (that's Boy and Girl) decide they need to get away from it all.Within hours, Nessa, her dad, Holly, her best friend Alexa, and tag-along cousin Nat are on a private jet and headed for some rest and relaxation Hawaiian style. Except that, on hitting the sand, there's not a lot of rest and relaxation to be found. The penthouse apartment they've booked is suddenly unavailable, Holly's blood pressure skyrockets, Nat is bronze-beach-boy crazy, and what's with the three cute guys living upstairs?Laugh!At Nat's crazy antics (will Nessa and Alexa really have to chain her to the apartment balcony to keep her out of boy trouble?)Cry!When Nessa meets someone who's had the life-saving operation her mother couldn't have.Sigh!As two gorgeous babies make their way into the world . . . andApplaud!As Nessa finally gets things right . . . for once. 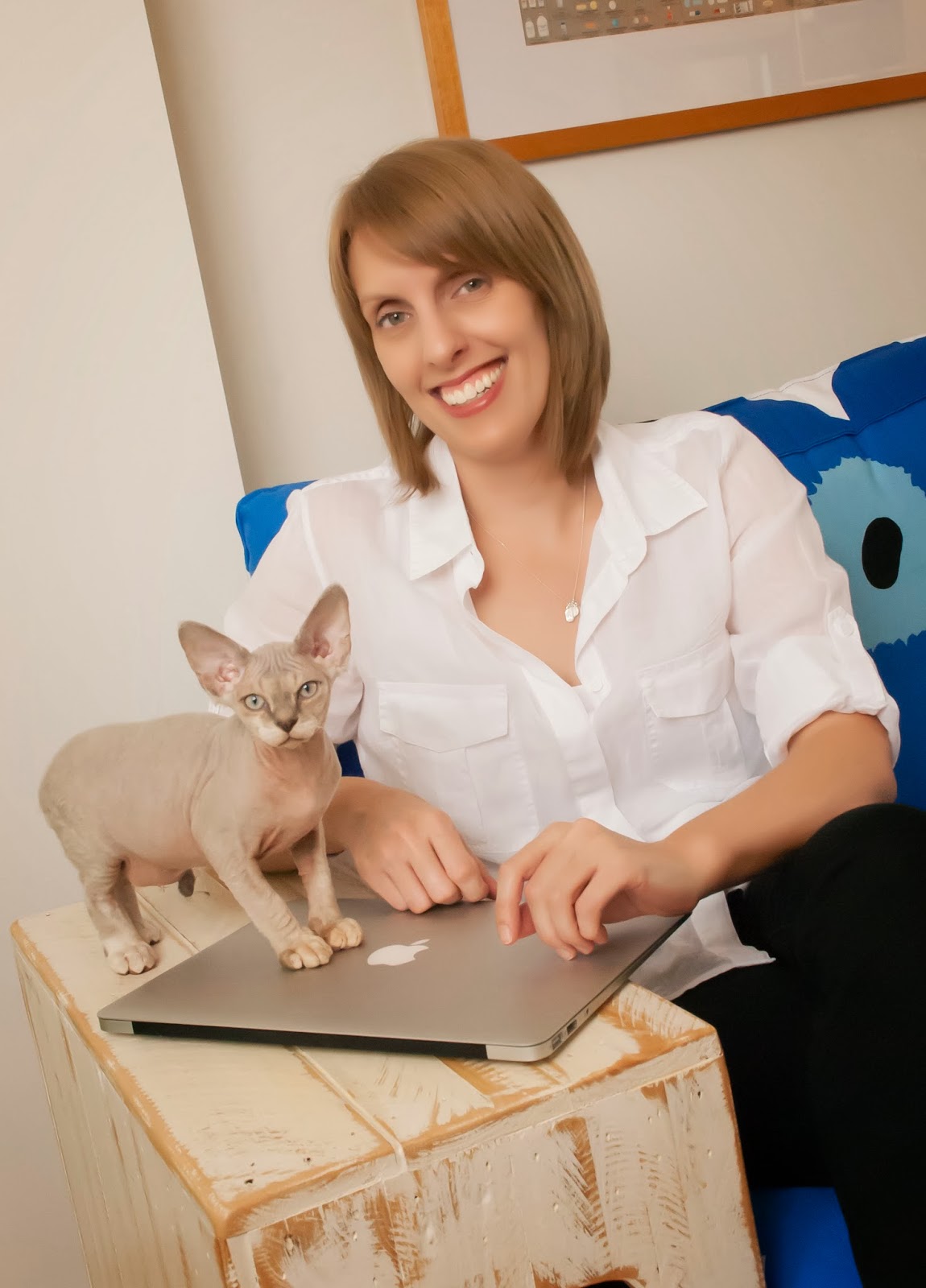 
Having failed at becoming a ballerina with pierced ears (her childhood dream), Allison Rushby instead began a writing career as a journalism student at The University of Queensland in Brisbane, Australia. Within a few months she had slunk sideways into studying Russian. By the end of her degree she had learned two very important things: that she wasn't going to be a journalist; and that there are hundreds of types of vodka and they're all pretty good. After several years spent whining about how hard it would be to write a novel, she finally tried writing one and found it was quite an enjoyable experience. Since then, she has had nine novels published. She keeps up her education by sampling new kinds of vodka on a regular basis. 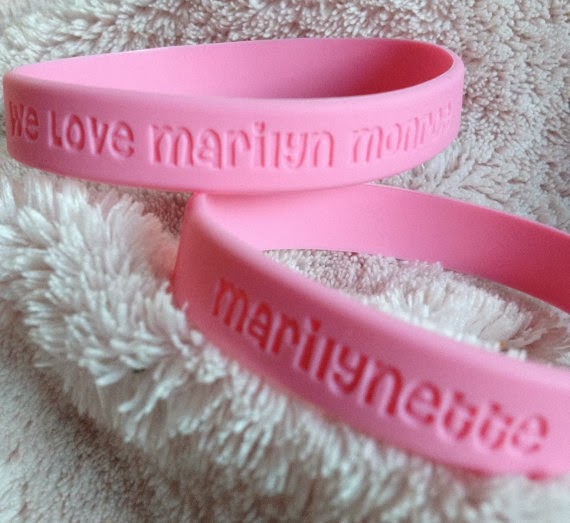