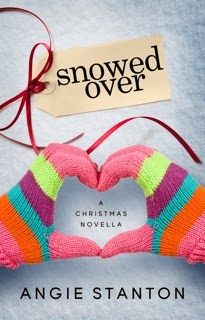 
To college student, Katie Brandt, ‘Home for the Holidays’ sounds like hell. When her parents separated, their holiday traditions shattered like a dropped ornament. What could be worse than celebrating Christmas with her suddenly single mom and mom’s new boyfriend?

Alex Walker, an engaged 20-year-old, dreads going home for his own reasons. He has a daunting task ahead of him and wishes he could skip the holidays altogether. So when a friend of a friend needs a ride north, Alex finds that having beautiful Katie seated by his side proves to be just the distraction he needs.

A simple ride home for Christmas turns into a nightmare when light snow rages into a full-scale blizzard. Katie and Alex find themselves stranded, and a vacant cabin becomes a haven from the storm.
Under different circumstances, time alone with Alex would be the ultimate Christmas gift, but Katie knows Alex is engaged and she must hide her growing attraction.

However, Alex harbors a secret that just might change this holiday from the worst Christmas ever, to the best.

Links to find/buy your book (if available): 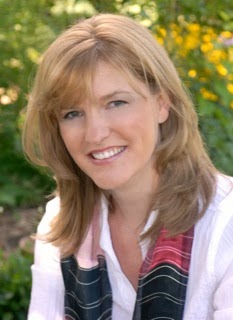 Angie Stanton never planned on writing books, she wanted to be a Rockette. However, growing up in a rural setting with her brothers' 4-H pigs as pets, dance didn't work out. Instead she became an avid daydreamer. After years of perfecting stories in her head she began to write them down and the rest is history.

She loves dipping french fries in chocolate shakes, natural disaster movies and Broadway Musicals. When not writing, Angie is concocting ways to make more dreams come true, whether it be tickets to a Broadway show or convincing her family they should rent an RV and travel the country. She's still working on that one.

Angie is a proud double finalist of the 2011 National Readers Choice Awards for Love 'em or Leave 'em, as well as a finalist for the Golden Quill Awards.


My Review:
An adorable and refreshing Christmas novella!

Katie’s world was changing around her, and not for the better. Her parents were separating with the possibility of divorce and now her mother was making her spend Christmas in a cabin with some man that “wasn’t her boyfriend”. Katie was going to be catching a ride with a guy named Alex who was going in the same direction.

Alex was dreading going home because he would have to face the reality of breaking things off with his fiancé. She had changed and their relationship wasn’t what it used to be.

On their way to their families for Christmas a huge snow storm threatens their travels. Should they pull over or keep going is the question they now must ask themselves. One unfortunate circumstance after another occurs which will soon leave them snowed in at someone else’s house. They must break in and build their own fire. The cabin has no electricity or water; it was either knocked out by the storm or turned off by the owner.

I loved how resourceful Katie and Alex were. I’m not sure how I would have handled being in their situation but panic probably would have been my number one reaction!

This was a quick, adorable, sweet Christmas read for all those romantics out there!