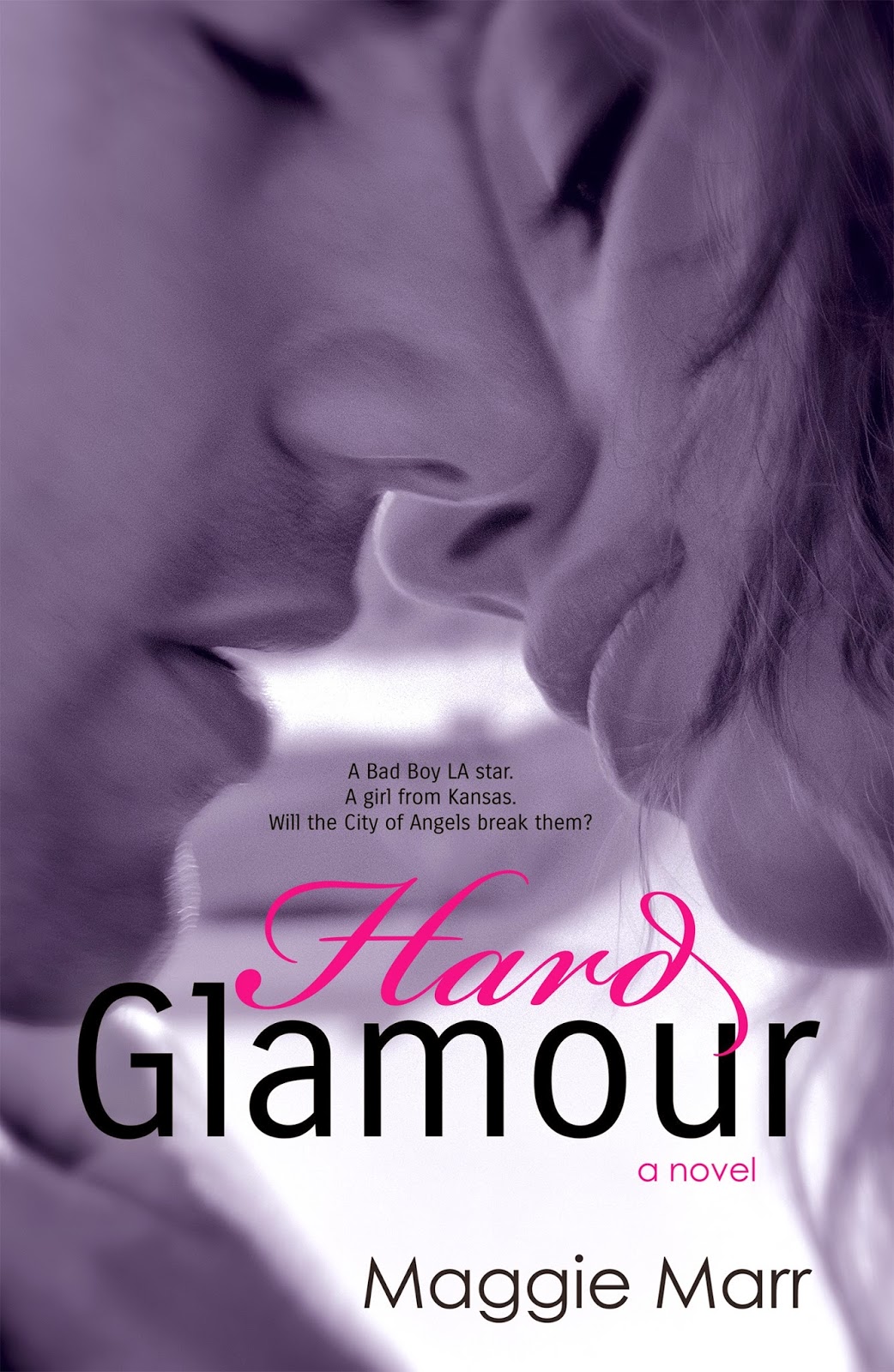 New Adult Contemporary
Releasing January 14, 2014
Lane Channing doesn't have much to leave behind in Kansas. She promised her dying mother she would follow her dreams no matter what. That's why this summer Lane is taking 'the big risk' and leaving the Midwest for an internship in LA at CTA. She arrives for her internship in her old jeep with 20 bucks until her first paycheck -- but she has a job! A dream job that will get her into the Industry...or she thought she did until she finds out that CTA gave her job away! Now she's broke, unemployed and stuck in LA with no safety net.

Dillon MacAvoy has one goal--to become a star. His agent and publicist have been honing his bad-boy can't-be-tamed forever-single image in preparation for the release of Dillon's first film. An image that will sell tickets, solidify Dillon's career. Besides, it's an image that is very close to the truth. Nothing matters to Dillon but his career and his brother. He's got offers for great roles stacking up but the studios are getting ready to pull the deals if he won't give them answers. Problem? He keeps sleeping with his script readers and then tossing them aside. Then Dillon's brother Choo finds the perfect reader for Dillon, a reader that is completely untouchable--Choo finds Lane Channing.

Lane is saved by the job opportunity to read for Dillon MacAvoy and if she can last the entire summer as his reader then she will have a job next spring when she graduates college. But she will have to ignore the heat that pulses through her whenever Dillon is in the room. Dillon can't get distracted by Lane--she could ruin the brand that his agent and publicist have built a brand that includes Dillon as forever single bad boy--an image that as Dillon gets to know Lane Channing might not fit his identity anymore.

My eyes fluttered open. I kicked my foot out from under the silk down comforter on my bed. I had trouble falling asleep when I got back to the house. I flipped over my cell phone and glanced at the time, it was 2:07 am and I was wide awake.

Kong lay curled up on the pillow beside me while Scorsese and Spielberg slept at the foot of my bed. Bernie lay lengthwise beside me like a human. I ran my hand across Bernie’s thick fur. My heart hurt. Last week I felt bad for Dillon. I felt bad that he was trapped in a horrible place between his parents and his brother. Parents that from what it sounded like wouldn’t accept Choo for who he was but yet still wanted to be a part of Dillon’s life.

Tonight I didn’t feel bad for Dillon. I felt angry and hurt and shocked at how intense all my feelings were. There were two Dillons and I kept ping-ponging between them. There was the guy who humiliated me when I was lost, and then made me feel embarrassed again tonight. Frustration spiked through my chest as the feeling of embarrassment flooded through me with the two memories.

Then there was the other Dillon. The guy who rescued four dogs. The guy who smiled and gave me the keys to his car. The guy who was sexy as hell and seemed interested in what I had to say. That was the Dillon my heart hurt for. That was the Dillon I wanted to know and be around. That Dillon seemed to pop out, be wildly nice, and then immediately disappear. Maybe I was lucky that the sweet version of Dillon wasn’t around more. The jerky version I could work for and ignore--but the sweet version, him I could definitely fall for.

I was so torn. I was attracted to him, as was every woman in the world. Heat ripped through me when I looked at Dillon. Just when I thought I had him figured out he did something like today; either acted like a complete ass or was a really stand up amazing guy. Which one was he? And why did it matter?

I wasn’t his type. He wasn’t someone who wanted a relationship. Already, I’d seen him with a multitude of different women. Dillon MacAvoy wanted me to walk his dogs and read his script. I brushed a stray hair back from my forehead. Something about Dillon pressed hard against my heart. I was drawn to him. Tonight, when he grabbed my arm heat had jolted through me. When he whispered in my ear, even with the awful words he said, I still couldn’t catch my breath with him so near. I wanted to kiss him. I wanted to feel those giant hands on my body, stroking over me where no one had stroked before.

A moan drifted up from the yard. When I got home I took two ibuprofen and pulled open my balcony doors before I went to bed. I’d hoped the fresh air would cool my body and my mind.

My heart clenched and I scrunched my eyes closed. A hard sick feeling lodged in my belly. The voice was female. There was only one man in this house who could cause a woman to moan like that.

I placed my hand on the knob of the door, but instead of pulling the door closed, my body moved forward. My heart accelerated as though it would burst through my ribs. What would I see? My foot stepped out on to the balcony. Every good part of me screamed don’t do it, don’t look down, but every part that was curious had to peer over the balcony. I had to see.

I looked over the edge. The pool lights were on and an aqua glow light the yard. The girl with the long black hair was bent over the outdoor lounger. Her eyes were closed and her mouth was open. Her tongue flicked over her lips as soft deep moans flowed from her mouth. Pleasure rushed across her face. She was naked. Barebacked. Here breasts rocked rhythmically and her ink black hair fell to the side of her face.

Behind her was Dillon. His hands clasped her naked waist with a tight grip. My fingertips covered my mouth. His face was clenched and his head rolled from side to side as he pumped his body into her. The muscles of his chest glistened. His biceps tightened. He threw his head back and opened his eyes.

Our gaze locked. His blue eyes seared through me--I was frozen. I couldn’t move. Heat surged through me while my eyes were locked on his. A heat that pooled in my belly and between my legs.

I watched as she moaned and pressed backward. I watched as he thrust hard into her. A growl coursed over his lips as he pumped into her and stared at me. Tingles cascaded over my skin. I wanted Dillon to strain and growl and be inside me. I’d never been any of that to any man, but I wanted to be that for Dillon.

I wanted to be that girl.

The girl didn’t spend the night. I didn’t want her to. I didn’t know her name, hadn’t even asked. I wouldn’t remember her face--didn’t care to. I used her to forget. I thought if I shoved my cock into her, if I fucked her that I wouldn’t see those turquoise eyes flecked with green. Those eyes had been laced with pain. Those eyes had been tear-filled and hurt. Those eyes had watched me fuck the girl. Instead of erasing those eyes, those lips, that face, while I’d been with the girl there’d been only one face, only one smile, only one set of eyes, only one scent that pulsed through me while I pumped in and out of that girl -- Lane.

I scrubbed my hand through my hair and let the hot jets of water wash over me. I was sick. I was depraved. Don’t get me wrong, fucking felt good, it felt damn good and that girl, I knew had been hot, but that girl wasn’t Lane. I tilted my head back under the water and scrubbed my hand through my hair. Hot water and soap couldn’t clean away who I was, what I was, what I was becoming. I was an actor, I would be a fucking star. I was every girl’s fantasy and every girl’s dream. I didn’t have the type of life that a girl like Lane deserved. I couldn’t commit, didn’t want to. I wanted to make movies, make money, and make certain my parents never bothered my brother again. No, I wasn’t right for Lane and never would be. Lane Channing deserved more than I could give her.

I turned off the jets of water and wrapped a towel around my waist. I stepped out of the shower and turned toward the steamed mirror. I wiped it clean. I looked into that face of mine. The hard cold eyes of a man that would never get the chance to love a good girl like Lane Channing stared back. Sometimes, I fucking hated that guy.