**Review**
Over It by Sarah Billington
﻿ 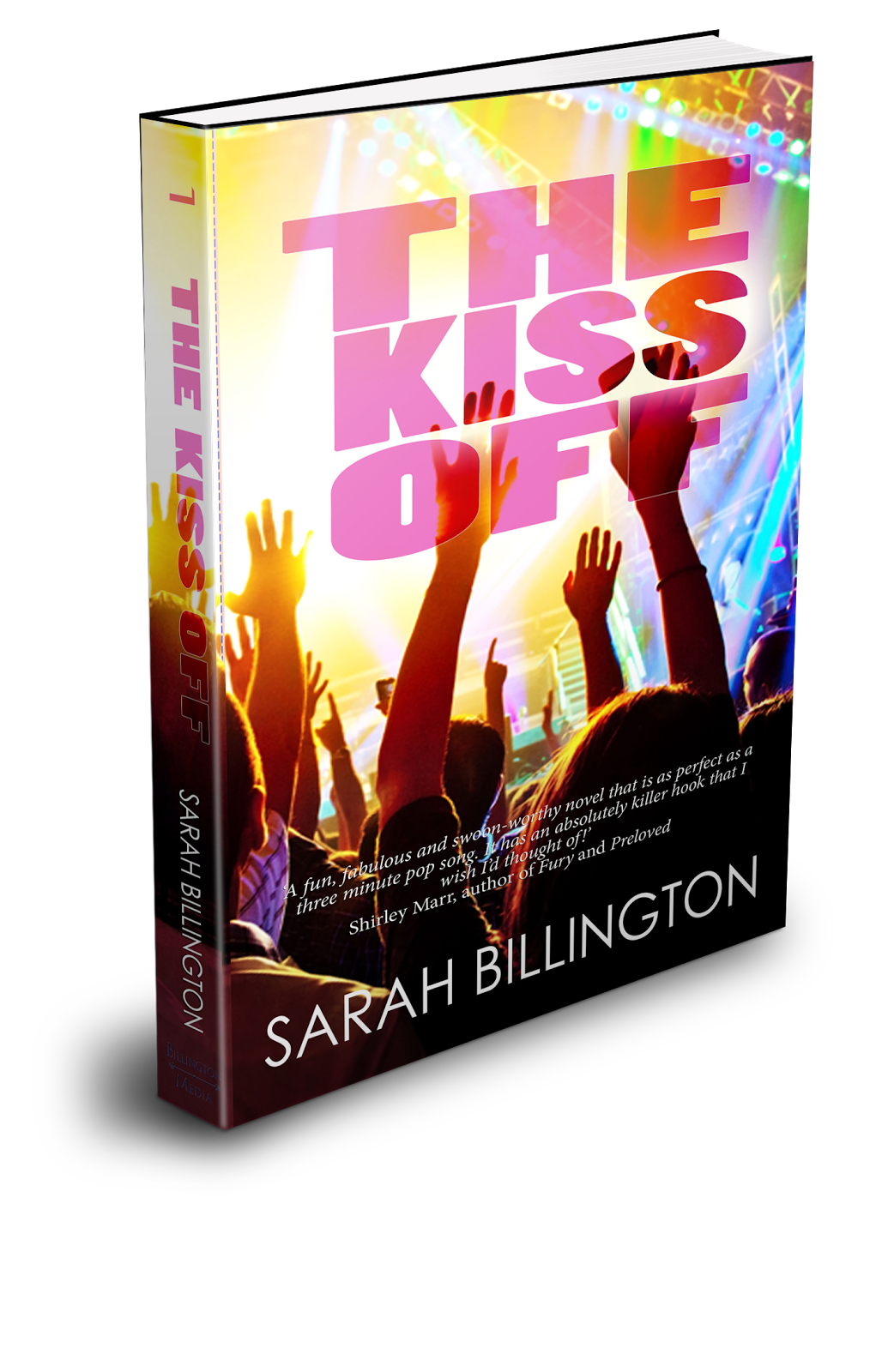 When sixteen year old Poppy Douglas writes a song about her ex-boyfriend Cam and ex-friend Nikki, she has no idea that her heartbreak is about to go global.

A local band picks up her song from Youtube and soon she’s along for the ride with her own fanbase as they blow up on the local club scene and hit the international charts. Though it turns out leaving Cam behind isn’t as easy as she had hoped.

Tangled in a web of unfinished homework, ill-considered sexting and a new lead-singer boyfriend, Poppy has a choice to make between the ex that inspired it all and the rock God whose poster lines the inside of half the lockers at school. But as she struggles to keep her emotional dirty laundry private, she learns that the truth can be hard to find when your life is in the headlines 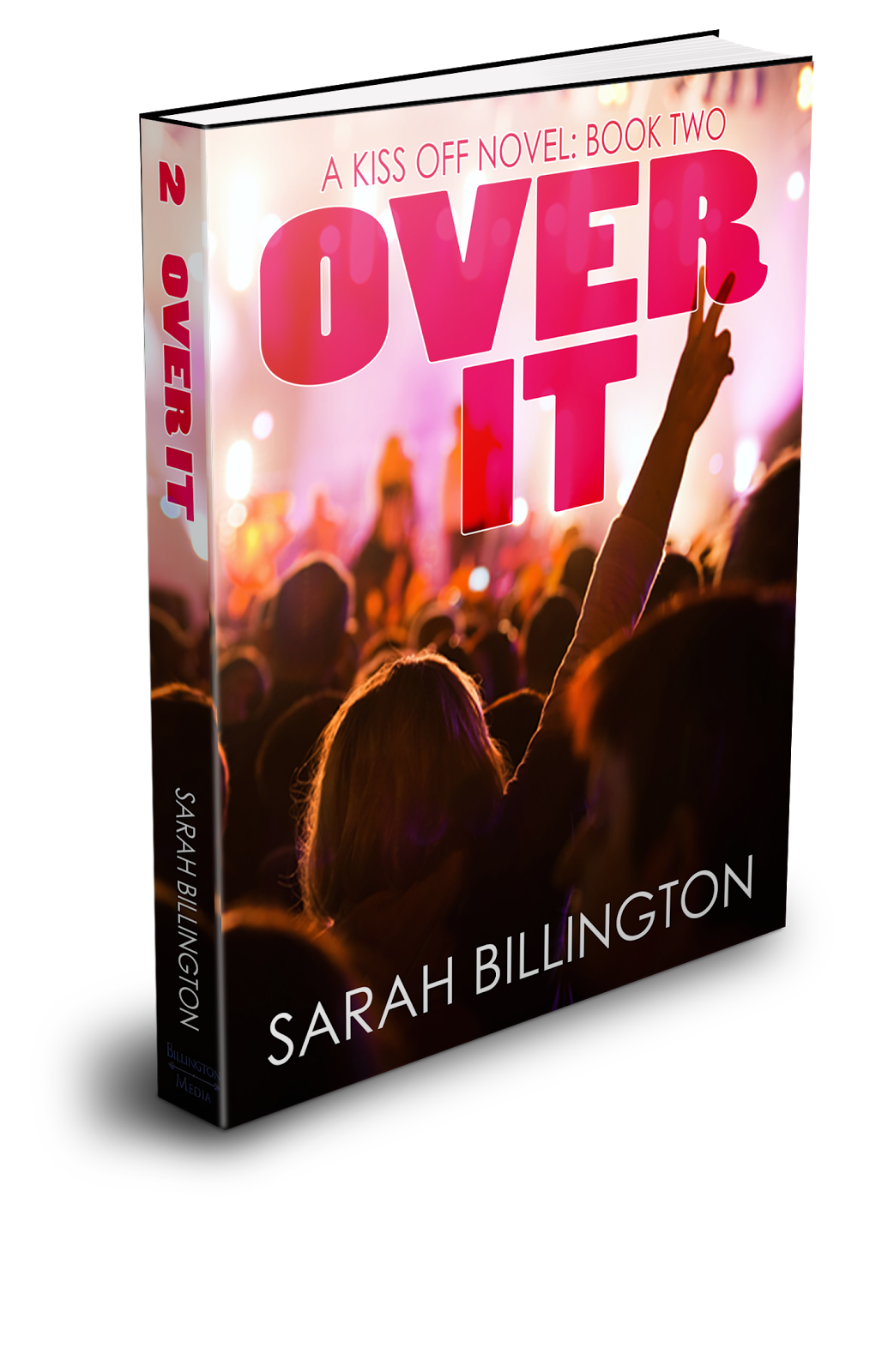 Teen Youtube song writing sensation Poppy Douglas's lead singer boyfriend Ty's been criss-crossing the country and living it up on tour for months while Poppy has been stuck in the boring suburbs, finishing out the school year.

But it's Summer now, and the best thing just happened: Poppy's royalties for writing the hit song The Kiss Off just came in. She's minted, and she knows just what she's going to blow it on.

Ty's band Academy of Lies are headlining a summer music festival, and Poppy is taking her girlfriends along for the best weekend of their lives. It's all organized: the weekend is going to be full of camping under the stars, backstage passes, VIP rooms and partying like rock stars, not to mention some long awaited one-on-one time with America's favorite front man.

Except, when someone drops out of the trip and Poppy takes the opportunity to mend a broken friendship, it doesn't quite go according to plan. And when she meets her boyfriend's BFF from another band, the paparazzi form their own totally wrong conclusions. There's also the matter of Ty's 'super fan' stalker, but the less said about her the better.

The biggest test of all comes in the form of an opportunity too good to pass up. But will insecurities and jealousy stand in Poppy's way? Can Poppy and Ty's relationship even survive it?

Life is about to get much more complicated for Poppy Douglas, but what can you expect when your boyfriend is a rock star? 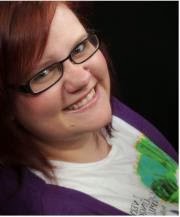 Sarah Billington is an Australian writer and editor who likes to write stories with love, laughs, suspense and zombies. Sometimes all in the same story. Her favouritest thing to write about are those horrendously awkward moments that come with being a teenager. Or a human being. Sarah was extremely accident-prone and klutzy as a kid and teen, so her cup runneth over with experiences of horrendously awkward moments to draw from in her writing. Thankfully, she has grown out of her klutziness. Mostly. She is, however, still an embarrassment.

She loves a variety of random things, which include Swing Dancing, Ice Hockey, Fly ball and she is a bit obsessive about paranormal investigation shows and channel E!.

Sarah Billington has experience in both editorial and writing, having been on editorial committees and section managed for Cursive Scripts literary journal, Darebin City Council's INSCRIBE Literary Newspaper and The Box Magazine.

She holds a Diploma of Arts (Professional Writing & Editing) and Bachelor of Writing & Publishing, so she is chock-full of writing and editing goodness. She has completed editorial for companies such as Open Humanities Press and Fast Profits as well as query letter and manuscript appraisals for authors, mostly of Middle Grade and Young Adult fiction.

Currently she works as a Digital Editor at Lonely Planet and as a freelance editor for Month9Books.

But wait, there's more! She has written and had published fiction, feature articles, reviews and interviews, and had her international adventures documented in a local newspaper. Currently, she writes movie reviews for Blockbuster Magazine and Northern Melbourne Institute of TAFE.

Anticipation for book 3..... killer..... I can't wait to see what Sarah Billington has instore for us in the next novel!
I have been anticipating this second novel by Sarah Billington and was so excited to finally get to read it!!! I loved it and was so upset when it was over.... good news.... there is another one coming out.... bad news.... book 3 will not be out until 2015.... MAJOR BUMMER!
I loved reading The Kiss Off and thought it was funny but Over It has officially blown that book out of the water.... it was hilarious. Poor Poppy Douglas and all the craziness that follows her/surrounds her everywhere she goes. I still love Ty so much but sometimes guys are just completely clueless.
Poppy sets out on a journey to go visit her boyfriend Ty, who is the lead singer of a band called Academy of Lies. Poppy isn't going alone though.... she is taking her two friends Mads and Nikki with her and unfortunately at her mother's request they must all ride with her nerdy cousin Hamish. Little does Poppy know.... this isn't going to be the fun exciting trip she was anticipating because Mads and Nikki don't get along... AT ALL... and her nerdy cousin Hamish isn't so nerdy anymore.
We are also introduced to new characters in this novel... one which I thought was hilarious.... Gordo from The Himbos! Poor Gordo.... sometimes he thinks he is helping out when in reality it makes the situation look 10 times worse than it already is. The beach incident was classic and of course never went unnoticed.
There is also the crazy obsessed fan stalker that Poppy may or may not have to deal with. I should have realized who it was before we are told but wow.... she really is crazy! I guess any hard core fan could go over board at any time.
A round of applause for Sarah Billington on writing Over It. Most of the time a second book is never as good as the first one but Over It had it all and stomped The Kiss Off right into the ground!
Giveaway:
1 winner of The Kiss Off & Over It paperbacks
1 winner of $10 itunes voucher
10 winners of signed postcard + magnet
10 winners of signed postcard


Link: http://www.rafflecopter.com/rafl/share-code/ZTZiMDc1NDE0OGU4YWExOWQ5YWNlOWI2MGZmNTA4OjU5/
Posted by Unknown at 9:06 AM