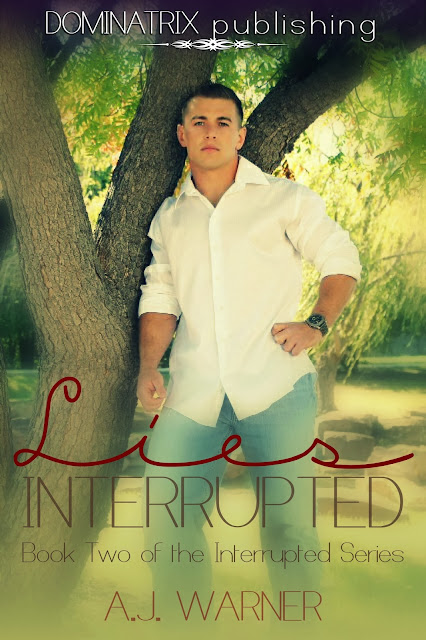 Having a second chance at your once in a lifetime love doesn’t necessarily mean things will go the way you plan.

Logan Brookes and Andrew Eastin thought they had found true happiness; that
their lives were finally coming together. Their relationship was no stranger to
trials and tribulations, but nothing could have prepared them for the troubles
they had yet to experience.

After overcoming her fears only to lose the love of her life again, Logan faced a bitter reality. Finally accepting that she could not change things that were out of her hands, she resolved there was one thing that she could control—her own life, and her own
acceptance.

Andrew couldn’t imagine living without Logan. He never dreamed she would turn to another man. Losing her to someone else was one thing, but losing her completely would send him spiraling out of control. When fate intervenes and paths are rerouted, Andrew is faced with unimaginable decisions.

A love interrupted only led to betrayal and more lies, and lies destroy people. Unless, you destroy the lies.

Andrew takes it upon himself to fight for the only thing that has ever mattered in his life. Logan. He would come up against his own family if he had to in order to protect her and her unborn child. If he has anything to say about it, nothing will prevent Andrew
and Logan from breaking free, being together, and interrupting the lies that
threaten to end them both.

You still have time to read Book 1 of the Interrupted Series... 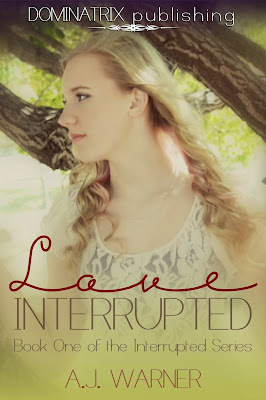 Logan Brooks and Andrew Eastin shared a once in a lifetime love. After losing her parents and overcoming many obstacles, she could not handle the possibility of losing him, too. She loved him enough to walk away, for both of their sakes.


As tragedy strikes again, Logan is on a downward spiral. Andrew knows she needs protection from herself, and he needs to love her through it, even if only from a distance.

When fate intervenes and allows them a second chance at love, will Logan and Andrew risk it? The Attraction is undeniable. The sexual tension, relentless. She is everything he has ever wanted. He sweeps her off her feet, renewing all that was lost.

Andrew promised her forever, but can words ever be enough? Can love prevail when life has different plans—bringing on more pain and emotions than imaginable? When lies and deceit corrupt the one thing sacred to them, plans will be ruined, promises will be broken, and hearts will be shattered.

What happens when the unknown threatens all of their dreams? Will Logan and Andrew survive their love, interrupted? 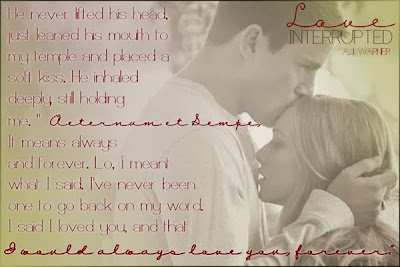 A.J. was born and raised in Amarillo, Texas. Four years ago, she relocated to the Dallas/Fort Worth area with her husband and four wonderful children, Hayden (15), Jacob (13), Riley (11), and Isaiah (10).

A.J. is passionate about working with people with disabilities, and has a long time love of working with munchkins. She currently owns and operates a childcare facility in North Central Texas.

When she is not busy breaking up fights about who is mom’s favorite, or who ate the last bowl of Fruity Pebbles, A.J. enjoys reading and writing. She also likes chatting and laughing with her book club friends. Love Interrupted is her first book and she is currently working on her second and third novels.