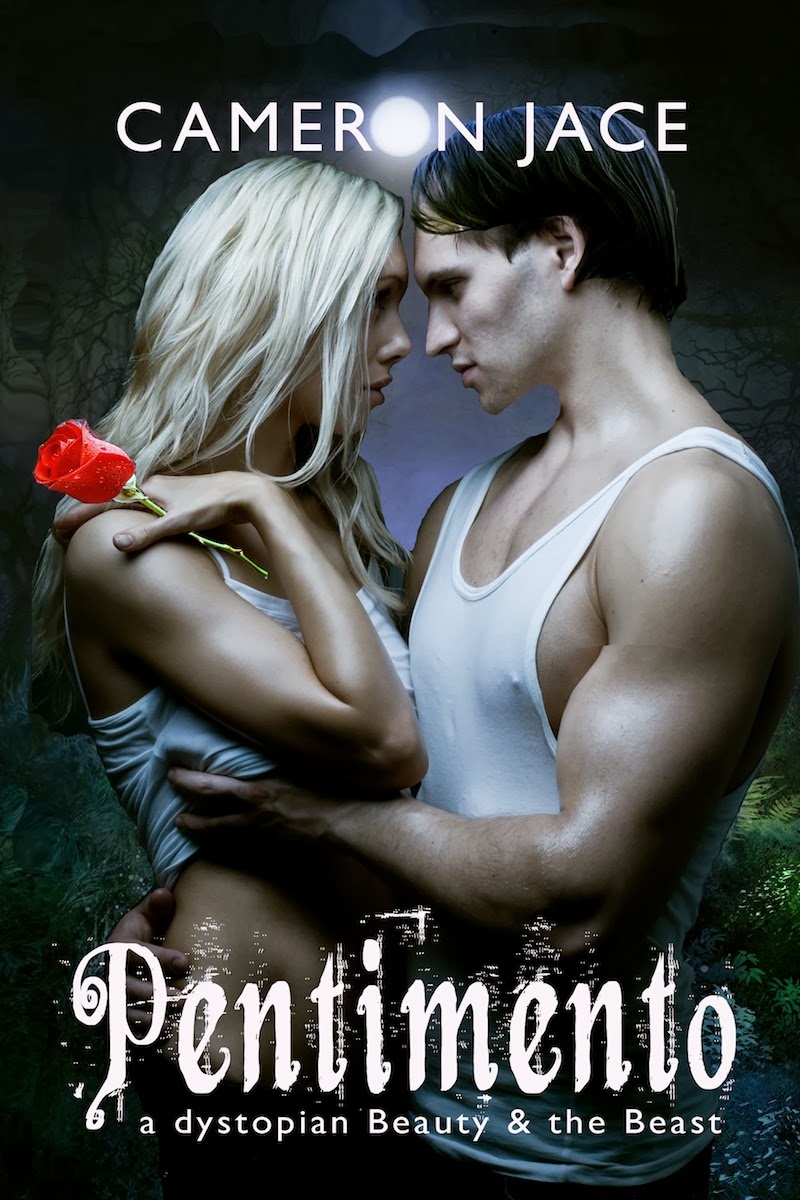 Synopsis:
The day Iris Beaumont turns seventeen, she is threatened to be taken by the Beasts, the rulers of the new America. After the destruction of the world, the Beasts provide citizens with whatever they need in exchange for the one teenage girl they enslave every week. They call them the Brides, and they never comes back. Iris isn’t the worrying type though; she’s been defying the system since she was ten and never cared for the Beast’s rules.

Then she meets Colton Ray, who is not like any other boy she’s ever seen. His confidence and dominance are otherworldly she can’t rationalize the attraction she feels for him. Colton had one slight problem though. It’s rumored he is one of the Beast, and Iris could be the next on the Beast’s list.

The girls watched Eva Washington plod to her death. She shuffled barefoot on the red carpet, hardly breathing against the fear inhabiting her lungs. The tensed muscles in her face wrinkled the features of her adolescent beauty. Iris watched the sticky tears in Eva's eyes thicken, and probably blur her destination to the Beasts' glowing spaceship.


Although the sun showed no empathy, still splaying its bright rays upon the scene, the Beasts' spaceship shone an even brighter light toward her. It had always been this way. Iris thought it was ironic how the Beasts hid behind the glaring light. Instead of wearing metal armors or using the latest hologram technologies, they hid behind a light brighter than the sun.


"Someone should help her," Iris mumbled, Zoe still standing next to her. "Eva's crying so hard, she can't see."


"My mother says that it's better to die before staring in the eyes of the Beast." Zoe commented, not taking her eyes off Eva.


None of the girls were allowed to talk in the Ceremony of the Beast. They stood on both sides of the red carpet leading to the ship, silently witnessing one of their own being sacrificed. The ceremony was a reminder for other girls, a torturing memory. Iris always wondered how the Beasts selected their Brides. Was it some kind of lottery? Did they follow a list with names? A prophecy maybe? Or did they choose the most beautiful? Iris was sure it wasn't the latter option. Last time, the girl wasn't as beautiful as Eva. Not even close. But who knew what beauty looked like in the eyes of the Beast?


Eva was still walking toward the Beasts' ship. She wasn't permitted a stop of any kind. Every reluctant step Eva took closer, the girls on both sides did their best to silence their screams. Some of them wiped the trickling teardrops from their ripe cheeks. The punishment of sympathizing with the Bride was as horrible as Eva's inevitable fate. To the Beasts, this was a happy day, which led many to think the Beasts actually married the Brides. A disturbing suggestion, Iris had always thought.


A sudden cloud blocked the grinning sunlight, shading Eva's wedding dress with a gray stain. The chosen girls had to wear expensive, designer wedding dresses to meet the majestic Beasts. Like any normal wedding, each girl wore their best make up and had their hair styled. It was a painful process, being groomed while knowing one's horrible fate. No one could protest. It was the Law of the Beasts.


All girls were given a beautiful bouquet of roses, which were either synthetic or polyester, but smelled like real roses. For some reason, most things in The Second were artificial. The roses, as well as the grass in the local park, were as dead as the high metallic skyscrapers.


Eva wiped the tears from her eyes and began throwing random gazes toward the girls on both sides. This was the same girl who was probably going to be the Prom Queen, the same girl that everyone envied in school, Colton’s girlfriend. Now her gaze was shattered, like splintered glass across the girls faces. She'd meet your eyes, but you'd think she wasn’t even there. She became hollow, a fading portrait, soon to disappear in the Beasts' light. And it wasn't funny. Even though Eva hadn't been kind to the average girls like Iris and Zoe, none of the girls loved to see her as a Bride. Any of them could be in her shoes next week.


For a moment, Iris thought Eva was looking for Colton. Boys weren't supposed to stand in the front rows. Only the second and third. The ceremony was a girls’ thing. There was nothing for the human boys to do here.


But each Bride had a father, a brother, or a boyfriend whose heart burned for her. But not even the strongest men in The Second defied the Beasts.


Empowered by wishful thinking, Eva stole a last glance into her phone, which she had been holding with shivering hands. She looked like she wished it hadn't been her ID showing on the screen. It was clearly hers.


"How could you be so cruel to me?" she snapped, talking to the ship's blinding light, still walking forward. "I was about to go to college next year. I was going to be engaged to Colton Ray next month!"


A number of girls let out short sighs. This was news to everyone. So their relationship was serious. Iris could feel Zoe's blaming eyes on her skin.


"What?" Iris fisted an angry hand. She wasn't going to hit Zoe. She wanted to hit herself, for saying such a thing. The mere thought of her wish coming true was puzzling. "It's not like I'm a witch or something," she grumbled.


"We planned to get married while in college," Eva continued, shouting at the light. That silent light that told her what to do, but never talked back to her. "We've been planning to have two children; a boy named Jeremiah, and a girl named Flower."


Iris held a tear from being born in her eyes. No girl had talked to the Beasts this way before. Most of them sank to their knees, and pleaded that someone would help them and confront the Beasts. Some cried and fainted halfway through, until elders had to carry them as close as possible to the ship. And some prayed like in a chapel, brainwashed that this was their fate, and that they died as a sacrifice for the other girls to live--Iris wanted to kick-box those into the light.


But none of them had spoken in such an emotional way like Eva did. Her words reminded everyone that someone's life and dreams were being killed today. The problem was that most elders thought of the Call of the Beasts like natural disasters. Earthquakes, hurricanes, and plane crashes. Stuff like that happened all the time. And the Beasts, who ruled their world, must have a wisdom behind it.


The horn roared again, buzzing into each girl’s bones. Instead of an answer to her question, the unseen Beasts were urging Eva to step closer toward her death. The silliest thought crossed Iris's mind. What if she just ran into the ship and at least peeked in, to see what they looked like? If they had the right to take one of them, didn't they have the right to know who they were?


Before disappearing into the light, Eva took one last glance at the girls. She waved a weakened goodbye as the girls lowered their chins to their chest and laced their hands together. It was as if Eva, the school's queen bee, had turned into a contagious epidemic they preferred to avoid. Many girls were teary-eyed though. But most of them were glad they hadn’t been the one walking the red carpet.


In an unexpected moment, Eva caught Iris's eyes, and nodded back, as if they had been lifelong friends and were now girl-coding each other. Iris glanced behind her for a second, not sure Eva meant her. Everyone else had their heads bowed to their chest. It was Iris Eva meant. Not only that. Eva mouthed something to Iris, something that gave her goosebumps on her skin, as Eva disappeared behind the light of the ship. Her darkest hour.


A second later, Iris caught sight of Colton standing second row on the other side. His blue eyes had turned into puddles of blurry tears. In front of him, girls raised their heads, most of them glad this was over. The ship's drone was deafening as it howled back up toward the sky.

Iris couldn't take her eyes off Colton, wondering if she should tell him what Eva mouthed to her. Who'd have thought that the queen bee, who treated her like shit, would ask this of her? 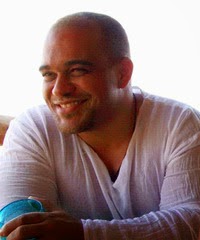 Wonderlander, Neverlander, Unicorn-chaser, enchanter, musician, survived a coma, & totally awesome. Sometimes I tell stories. Always luv the little monsters I write young adult paranormal romance, urban fantasy, and science fiction mostly. The Grimm Diaries series is a seven book saga that deals with retellings of fairy tales from a young adult POV - it connects most of the fairy tales together and claims to be the truth about fairy tales. I live in San Fransisco and seriously think circles are way cooler than triangles.