On vacation in the tropical paradise of St. Lucia...
Martin and Abby never intended to meet anyone while they were away. Circumstance, however, pushes them together in spite of their expectations. With an entire vacation week with nothing to do but spend time together, Martin and Abby forge a connection unlike anything either had felt before. With Abby’s conservative nature and Martin’s refusal to be the player he had once been, the couple keeps themselves physically apart...until they can’t.
They collide into a friction that sparks a blazing need to stay together. Keeping the heat alive from opposite ends of the country, though, may prove too difficult. Distance and circumstance become very ugly words in this couple’s vocabulary. 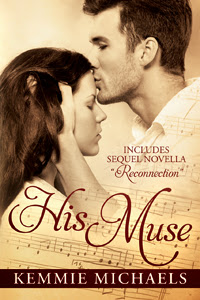 "Do I get to see what’s under your robe?” He grinned wickedly as he reached for the belt.

She giggled and turned away. “Not yet! I have to finish my wine first. You should

have thought of that before you poured me a glass,” she said laughing wickedly

at the look on his face.

Martin groaned and dropped his head back on the couch, but then he got an ornery look

on his face. He sat up and guzzled the last of his wine. He took her glass from

her and tipped back the remainder of hers, too, sounding a refreshed “ahh”

Still laughing a bit, she stood up and walked across the room from him. He stayed in

his spot on the couch and waited for her to drop the robe. Like the seductress

that she was, she stood there for a long moment, her makeup subtle-sexy and her

She did nothing but look at him with heated eyes. She too-slowly reached for the

belt and then stopped. She toyed with the ends of the terry-cloth rope that

held the fabric closed around her.

"You know you’re killing me over here, right?” he asked, loving her playful side.

"Well, we can’t have that,” she said, pulling the belt loose but leaving the robe

firmly closed around her body. “Are you sure you’re ready for this?”

"I did mention the death part, right?” he said, laughing. “I’m more than

"Can't say I didn’t warn you…” and with that, she opened the robe and let it fall to

the floor. Martin gaped at the sight in front of him. Never in his life, ever,

that moment. He must have inadvertently made a deal with the devil in order to

have that in the room with him. She was absolutely, sinfully provocative.

His eyes raked down her body, pausing at every sexy, delicious curve. She wore a

ribs tightly and tucked her already tiny waist into a perfect hourglass center.

worship at her feet.

Then, as if that weren’t enough, the bottom rim of ribbon and lace held black garters

that traced sexy lines down to black thigh-highs. Those alluring sheer hose

hugged her legs with a lace border that nearly danced around the soft, creamy

skin of her thighs. His eyes traveled back up to rest on her full breasts

straining against the satin laced up to a bow between them.

her neck and nestled in her substantial cleavage. He noticed one last detail

around her hips. A scant strip of lace served as panties. She obviously put

those on over the garters. He could strip them off and leave her in the corset

and thigh-highs if he wanted to.

"Damn..." was the only word he could think to say as he walked the length of the room in

about four long strides. His hands gripped around her ribs and he could feel

the heat of their skin reacting through the satin and ribbings. He jerked her

forward that way, her whole body following the constraints of the corset. She

fell into him hard and let her hands rest at his chest.

He was no longer laughing with her playfully. Now he was so sexed-out he was ready

to throw her down and take her hard. She looked at him with wide, expecting

eyes, wanting the same thing. He hoped she was expecting the animal side of

him, because that’s exactly where she took him the minute she dropped her robe.

He grabbed her by the hair as he searched her mouth with his desperate tongue. His

other hand gripped at her back, bottom and shoulder with the full strength of

his desire. She was the only woman to evoke this kind of passion from deep

within, and he couldn’t turn it off. He jerked her hair back again to give 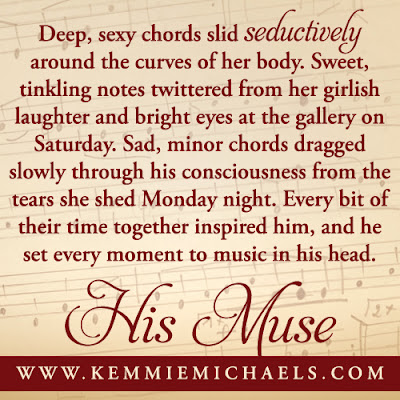 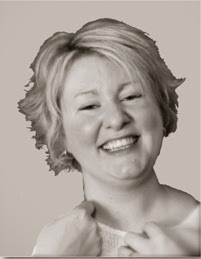 I love a good love

story. I reread the first kiss a few times before I read on...even in my own

books. That moment gets me every time no matter how often I revisit that

beautiful connection. I dive into every story to the point where I have so many

fictional boyfriends that I can't keep track of them all.

In the world of reality, I have a loving and tolerant husband who smiles and rolls

his eyes every time I tell him about my latest fictional love affair. I have

two autistic pre-teen boys who keep me on my toes. I have

a psychotic Golden Retriever (I was told those don't exist...) and a cat that

rules our house. I used to be the queen. Our regal feline has usurped my throne

and demoted me to Prime Minister.


I studied English/Journalism at Miami University in Ohio, have a Master's Degree

teaching even more personality-rich pre-teens. For some sick reason, I actually

enjoyed teaching junior high. Now as a stay-at-home mom, I'm clinging to that

status by throwing my hat in the author's ring and hoping I get to keep it there. 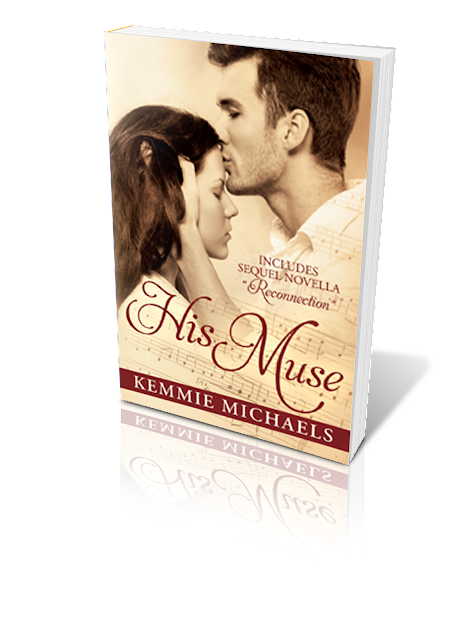