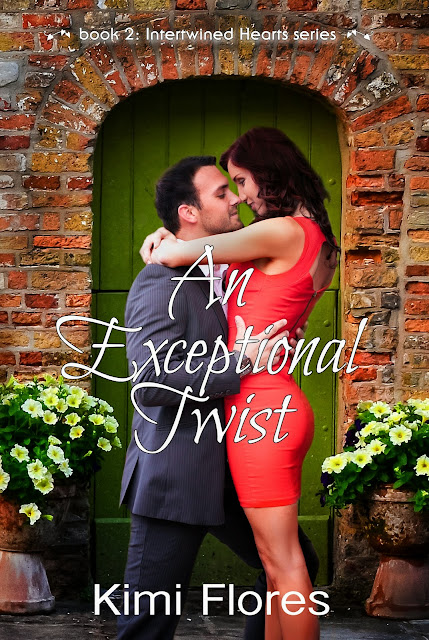 What’s a girl to do when the one person she’s been forewarned about is the only one that her heart desires?

Leah Valdez is a sassy, intelligent, hard-working woman whose beauty shines from both inside and out. Friends and family have always come first, but it's time for her to start thinking about her own future.

Stefen Hunter is a rich, charming, sexy playboy. With seemingly no effort on his part, countless women flock to him. That is, until he meets Leah. He can’t understand why it’s so difficult to win her over or what it is about her that intrigues him so much.

When an unfortunate event intertwines their lives, Leah finds herself in a war between her thoughts and desires. To forgive, and ultimately trust, Stefen, she will have to put her heart on the line. After what he’s put her through, she’s not sure she’s willing to do that.

As compassion meets resistance, will Stefen be able to step out of his comfort zone and accept that he can become the redeemed man worthy of Leah’s love? Is Stefen and Leah’s connection strong enough to withstand An Exceptional Twist?

"Why are you so upset over this, Leah? What’s really going on?" He lifted her chin with his fingertips, hoping she didn't pull away this time.

"Why are men attracted to girls like that? Is it because they put out without any effort on the guy’s part?” She looked at him through black mascara tears. "Why do you like women like that, Stefen?"

This was a loaded question. Pausing a minute to contemplate his answer, he inhaled a deep breath without removing his eyes from hers. He wanted Leah to really hear what he had to say. "I can’t speak for all guys, but right now, I need a distraction. I’m so tied up with feelings that I don’t understand for someone who won’t have me. I’m losing my freaking mind every damn day. I have to do something, and this is the only way I know how to take my thoughts off of the constant ache I feel, knowing I cannot be with the one I love.”

With wide eyes that were still filled with tears, but now showed sparks of optimism, Leah stood, forcing him to back up a little. "You love someone? You've never said anything. Does she know? Why can’t you be together?”

Looking down at the gravel covered ground under his feet, he admitted. "No, and I'm not going to either." He interlaced their fingers and brought their joined hands up to his chest. His blood pumped vigorously under her touch.

Grasping on even tighter to his hands, she moved in closer. The hope in her eyes was evident. "Why can’t you tell her, Stefen? Maybe she loves you too?" Could she be talking about herself? That was just wishful thinking on his part. Leah wasn’t interested in a relationship right now and knowing that, he wasn’t willing to take the risk he’d been eager to before.

He had to move his eyes away as well as her hand. "Leah, I dug my hole a long time ago and won't be getting out anytime soon." Looking deep into her waiting eyes again, he felt his heart constrict and had to fight the urge to clench onto his chest. Before he could stop it, his admission came tumbling out of his mouth. "I’m simply not the guy for her. We could pretend for a while, but ultimately, I don't have what it takes to be her perfect guy.” He used the phrase she had when they’d first met to express the insecurities he’d thought he already overcame.

Kimi lives in So Ca with her high school sweetheart, prom date, and now husband of over 20 years as well as with her two boys that bring so much joy and laughter to her life. There is never a dull moment in Kimi's day with these three guys by her side. They are happily involved in volunteer work with several local non-profit organizations and believe that everyone needs to do their part, so a portion of her sales will always go to charity.

At an early age, Kimi discovered the magical world of imagination. Many stories were written as well as illustrated by her as a child. Not realizing at the time that she had dyslexia, schoolwork became extremely difficult, and her confidence as a reader and writer dwindled. Thanks to a high school teacher who took the time to invest in her, Kimi found a love for literary legends such as Nathaniel Hawthorne, Washington Irving and Jane Austen. This teacher helped Kimi create one of the happiest school memories she holds. Discovering in college that she had the learning disability was terribly discouraging since help was not readily available and her reading and writing confidence fell once again.

Needing to find a distraction when her husband unexpectedly ended up in the hospital for a week, Kimi explored the indie reading world. Jumping in with everything she had, Kimi pushed herself to read over 150 books last year. During that process, many characters reappeared in her imagination and insisted that their stories be told. Putting all self-doubt and barriers aside, she started writing the outlines and drafts for the four books in her Intertwined Hearts Series as well as bits and pieces of the three books in her next series, Down by the Bay.

Her message to you is similar to that of pop icon, will.i.am's: 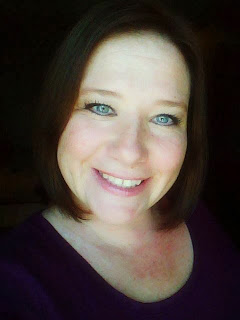 It All Started with A Lima Bean