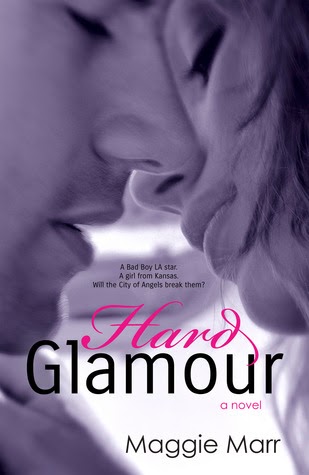 Amazon | Barnes and Noble
A promise to keep….

Honoring her mother’s last wish, Lane Channing vows to follow her dreams. She takes the ‘big risk’ and leaves her small Kansas town behind and heads to LA, the city of dreams. She’s got a stellar job lined up, an old jeep, and 20 bucks to last her to her first paycheck. Her hopes shatter when she arrives to find her job’s been given to someone else.  Now she’s broke and will soon be living on the streets if she doesn’t do something fast. Welcome to cutthroat – Lane is most certainly not in Kansas anymore.
On the cusp of success…
Dillon MacAvoy has one goal–to become a star–whatever it takes. Even if it means honing his bad-boy can’t-be-tamed-and-forever-single image. Besides the image isn’t far from the truth. Dillon cares only about his younger brother and his career. He’s on the brink of superstardom if he can just decide on the next right script. But for that, he needs a script reader he can trust.
In a strange twist of fate…
Lane Channing is Dillon’s last chance. If Lane lasts the summer without becoming MacAvoy’s latest conquest, she’s guaranteed a job in entertainment. No problem, as long as she can ignore the heat that pulses through her every time Dillon is in the room. After all, love and commitment with a sweet, hometown girl would only ruin the Dillon MacAvoy brand.


Amazon | Barnes and Noble
About the Author

This was a story of good girl meets bad boy. She knows he is trouble and she should stay away but the temptation is just too much for her.

Lane is from a small town in Kansas and leaves and heads to LA for an internship only to realize it has been given to someone else. Another opportunity falls into Lane's lap though unexpectantly with a rude stranger but very attractive stranger she had the unfortunate opportunity to run into earlier.

Dillon is an up and coming actor who is labeled 'the next big thing'. He has the personality to go along with it too. He oozes the part well because that is what his agent has been telling him to do so he will be successful in the business. His run-in with 'Dorothy' aka Lane though was never meant to be anything more than just a reader/dog walker job. She is too pure for him. She deserves someone much better than him.

The story was well written with lots of angst and drama for the main characters. I felt bad for Dillon because he truly wanted to do what was best for his younger brother and was having to sacrifice his own happiness in the process to a certain extent. Dillon and Lane had a raw passion.... she was so inexperienced while he had plenty to go around. Her innocence and his willingness to go slow and be patient with her was just wonderful! You could tell that Dillon's feelings were sincere and not just an act.

The secondary characters were great. You were able to get the feel of the hollywood drama that occurs in real life. The fake relationships that are made up for publicity purposes. The hidden affairs that are covered by other relationships and the truly happy couples that must remain hidden because then your movies wouldn't sale. I adored Dillon's devotion to his brother Choo. His need to protect him and take care of him when their parents wouldn't.

Great book! Can't wait to read the next one!