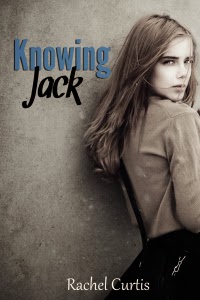 I am not a slut, although I’ve been called one often enough. Yeah, I spent three months screwing one of my college professors, but I was crazy about the guy. Then he broke up with me.

I am not a bitch, although people like to say I am. I kept our relationship secret. I’m not responsible for telling the university administrators about it, but a lot of students still blame me for getting their favorite professor fired.

I am not a drama queen, although everyone thinks I am now. When I got a few nasty messages, I just deleted them. When I got the threat, I assumed it was someone being stupid. I still think that’s all it was. My parents worry, though, so they hired me a bodyguard. Now Jack follows me around, intimidating everyone who approaches me and looking obnoxiously hot.

This is what I am. I’m Chloe. I’m a twenty-year-old art history major. Kind of shy, although I pretend not to be. Stubborn enough to stay here for my senior year, even though everyone hates me.

And I’m stuck with Jack.

He calls me “Princess,” but I’m not a princess either.


Rachel is a writer, a teacher, a romance reader, and a dog-mom. She loves animals and art and hot men with soft hearts under a tough exterior. She tries to write love stories that feel real, even in unlikely circumstances.

I wasn't really sure what to think when reading the synopsis of this book but when I started reading I couldn't put it down. This was a very quick and enjoyable read that kept me turning the page wanting to know more about the amazing, mysteriously and extremely sexy Jack.

The story begins with Chloe.... she slept with a favorite college professor who was then fired from his position and now everyone seems to hate her. She starts receiving threats and her parents hire a bodyguard to help keep her safe. At first Jack is an annoyance to Chloe and always calls her "Princess" just to annoy her but then other little comments and remarks start to mean more than meets the eye. Chloe isn't the spoiled little rich girl that meets the eye either. There is more to her than that and you have to look past what meets the eye to see the true girl inside. Jack can see Chloe's true potential and knows from the beginning he would never be good enough for her though.

Tensions build between Chloe and Jack but there is a code that must be followed at all times. Jack is there to protect Chloe and is not able to persue any type of relationship with her. Of course though, Jack doesn't want any other guys trying to get with her either. Luckily though there is only one that is willing to try.

I loved the raw passion that was between Chloe and Jack! The book didn't have a lot of drama so it made the story that much more enjoyable. We were thrown a bit of a curveball at the end so I am wandering if there will be a book two in the future. I hope that it isn't the official ending... if it is.... I didn't like the the ending. If there will be a book two.... I will definitely read it!