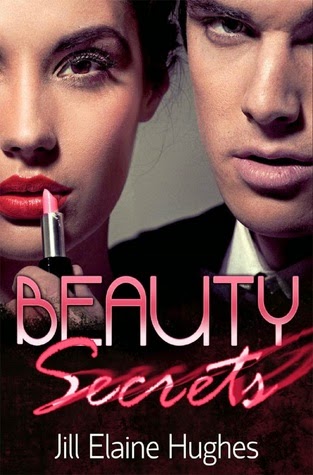 The Great Recession. Reality TV. Luxury cosmetics. And a basset hound named Botox. What do all these things have in common?

Amanda Brown is a high-flying cosmetics executive for Revina Corporation, the oldest and most venerable cosmetics company in America. She comes from a good "old money" family, she went to Swarthmore, and she lives in a beautiful penthouse apartment in NYC’s Meatpacking District. But she's only successful on the surface----like many New Yorkers, she's also financially overextended. Her parents are dead, her trust fund is gone, and when the Great Recession hammers her company, like millions of people across America she suddenly finds her job hanging by a thread.

Enter George Watson, a hedge-fund manager and self-made man from the Midwest who swoops in from Indiana to rebuild Revina Corporation from the ground up. Even if he fired everyone else at the company, he decides to keep Amanda on for her expertise. The two of them are from different worlds, and they can't stand each other. But that doesn’t stop them from having wild no-holds-barred sex on their first meeting----for reasons neither of them fully understand.

Amanda felt her cheeks burn. So this was George Watson, the man who now controlled her destiny at Revina. She’d just spent the past three minutes thinking about what he’d look like naked. Things couldn’t possibly get any worse.


She had to find some way out of this. “I’m sorry, George Watson, but there must be some mistake. I am not middle management. I am a member of Revina’s senior executive team.”


“Well, that might have been true this morning, ma’am, but it’s not now. Now you work for me.”


Ma’am. She didn’t like the sound of that. It made her feel old. She didn’t want to feel old — not now, when she’d started feeling sexy for the first time in months, even though she didn’t quite understand why. Surely not because of this George Watson character. No, of course not. The very idea was ridiculous. She probably just needed to visit her gynecologist to request a hormone supplement or something.


She scanned his long, hard body up and down, trying hard to squelch the rising heat between her legs. Something about this man got under her skin. But what? And why? “I hope you don’t mind my saying so, but you don’t exactly look like the type who should be running a cosmetics company,” she remarked, hoping the veiled insult might help her get control of herself. “You have no—well, style.”


He grinned and leaned back against the dirty wall. There was such a casual ease about him. He clearly give a damn what anybody else thought---nobody walked around Manhattan dressed like that if they did. It was the kind of confidence Amanda Brown had never had, and never would. She’d spent her entire life worried about what other people thought. It was the whole reason she’d joined the beauty industry in the first place.


She wasn’t sure what led her to do what came next. Maybe it was George Watson’s casual confidence, maybe it was the fact she was still soaking wet and cold from the rain, maybe it was a combination of the two. Or maybe she just hadn’t gotten laid in so long that her body had finally had enough and took matters into its own hands.


She set the white paper bag and her purse on the overloaded desk, took a deep breath, and kissed George Watson full on the lips.


Amanda wasn’t sure what she expected him to do. He stiffened with shock at first, letting out a startled squeal. But then he relaxed, put his arms around her, and kissed her back.


They kissed closed-mouthed at first, but soon Amanda took the lead and pushed her tongue against his lips. He responded in kind, and their tongues did a long, slow dance together, exploring. She relished his slightly salty taste, along with the balmy scent of his aftershave. He pressed his body against hers, revealing a growing thickness at his groin. She ground against it, wanting to feel it inside her.


Amanda pulled herself away from him then, but only for a moment. She reached for the paper bag from the drugstore, opened it, and handed George the contents. She didn’t say a word; she didn’t have to. He knew exactly what to do with them.


Her new office was tiny and filled to the brim with furniture and supplies. There was no place to lie down, or even to sit. No, they’d have to do this thing against the wall.