Meant For Her - Release Event 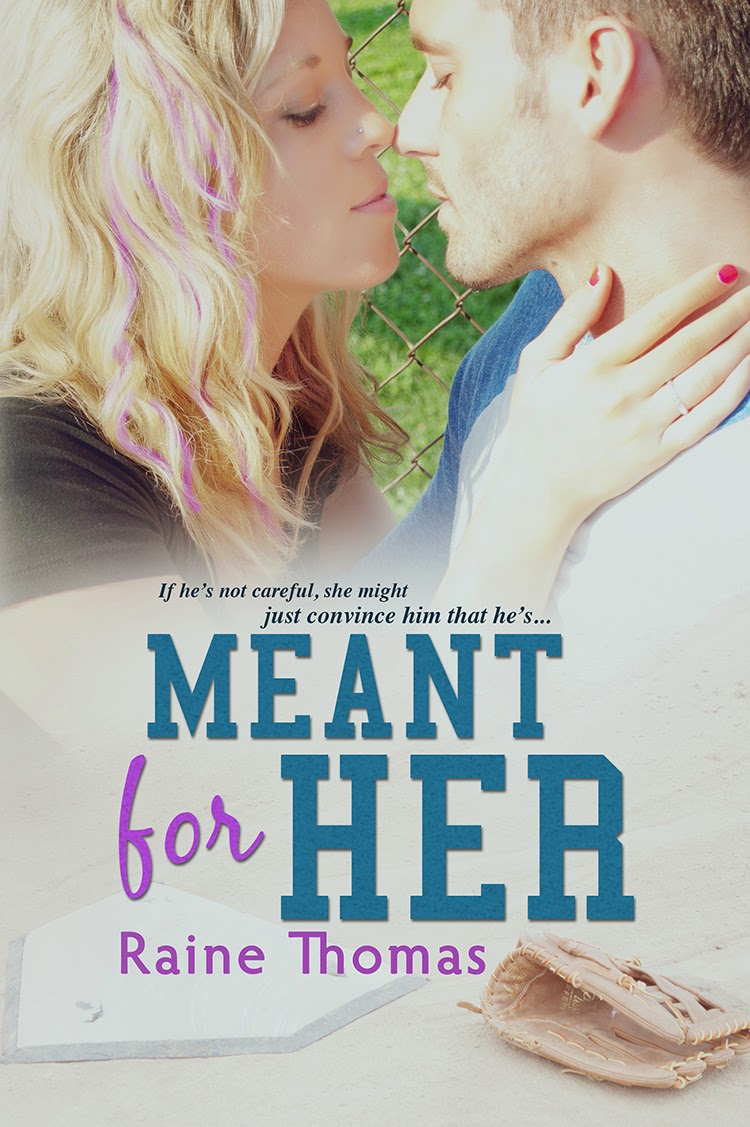 Amazon | Barnes and Noble | Goodreads
Photographer Sierra Stratton views the world through a lens all her own. She has an uncanny sense about people, something that often causes her trouble. When she meets the sexy and brooding Evan Dorsey, her intuition tells her he’s suffering, and she wants to be the one to help him.

Evan isn’t open to help from anyone, however. His focus is on his Major League career and making himself as marketable as possible for his upcoming free agency. He plans to ride out the season in Atlanta and then sign with another team, away from the painful memories that haunt him.

Someone’s eager to send him on his way, too. Between anonymous threats and equipment sabotage, it’s clear he’s earned himself an enemy along the way. To him, it’s one more sign that he’s right to move on.

But Sierra threatens his conviction. Her contagious smile proves hard to resist, as does her kiss. She tempts him in ways he never anticipated, making him question his plans for the first time. If he’s not careful, she might just convince him that he’s meant for her.

Excerpt #1 from Meant for Her by Raine Thomas

“There’s something invigorating about autumn in Atlanta,” she said. She shared the same southern accent as Cole, he realized. “It represents promise.”

He frowned. What the hell did that mean?

Once again, she took his hand. Her hand was dwarfed by his, but he couldn’t deny that the contact felt nice.

“You looked lost in there, Evan Dorsey. I thought maybe I could do something to help guide you on your way.”

Pulling his hand from hers, he said, “You don’t know anything about me.”

“I don’t need to.” She tilted her head to the side and looked at him with her compelling eyes. “Have you been sick?”

The question made him glance away. He supposed she hadn’t done her research before making this approach. Still, she was closer to the truth than made him comfortable.

Her voice was quiet when she continued, “I ask because your suit looks tailored, but it’s loose on you right now, as though you’ve lost weight. There are dark circles under your eyes, making me think you aren’t sleeping well and probably haven’t been eating right. And your hair is short, like it’s just growing back. Since your scalp is pale, I assume you don’t normally wear your hair that way.”

Jesus, she was observant. Shaking his head, he turned to walk back into the reception.

When her slender arms went around him from behind, he didn’t know what to do. No one had ever offered him such a pure gesture of comfort. Everyone who attended the funeral had been too emotionally involved to do so, not that it would have been welcome.

But this hug from a stranger was about to undo him.

He stood frozen in place as she walked around him to face him again. His gaze moved down to her bare feet and noted that her nails were the same shade of purple as the streaks in her hair. Belatedly, he considered how cold she must be.


Raine Thomas is the author of bestselling Young Adult and New Adult romantic fiction, including the award-winning Daughters of Saraqael Trilogy and Firstborn Trilogy. She is a proud member of Romance Writers of America and is a contributing blogger to The Writer's Voice. When she isn’t planning weddings, writing, or glued to social networking sites, she can usually be found on one of Florida’s beautiful beaches with her husband and daughter or crossing the border to visit with her Canadian friends and relatives.


Or link to the trailer: http://www.youtube.com/watch?v=amuvucrY2EY