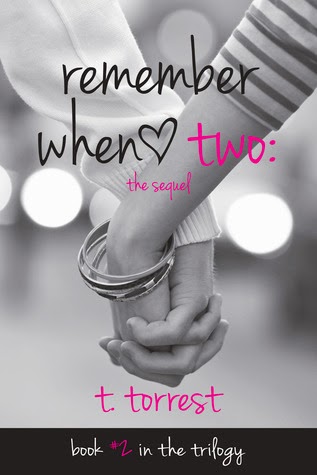 You know how sometimes, your high school crush grows up to be an insanely famous movie star? Okay, probably not. But I do. ~Layla Warren

Back in high school, Trip Wiley’s fanbase only encompassed the denizens of the nothing little suburb of Norman, New Jersey.

Ten years later, all that is about to change.

In the summer of 2000, Layla Warren is enjoying her career as a journalist in New York City (well, sort of), while Trip spends most of his time grabbing Hollywood by the balls. In the days before what will turn out to be his skyrocketing fame, they’ll find themselves confronted with some life-altering choices.

Remember When 2 is the second story in an NA romance trilogy. It will bring you back to that exuberant and riotous time of life in your twenties when you struggled to figure out your place in the world and the person you were meant to be…

…and the person you were meant to be with. 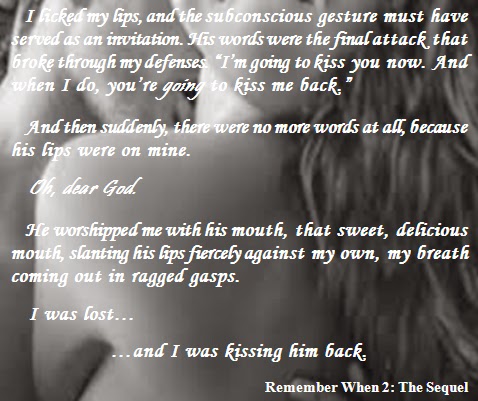 There was a tangible shift in the air of the room; a gripping, electrical aura that stimulated the space surrounding his presence like a gravitational pull. I’d noticed this phenomenon when watching his movies, seeing the man that had emerged from the boy I once knew, but actually being in the same room with him was an entirely different animal. Trip Wilmington had been a gorgeous teenaged boy, no question. But Trip Wiley was a gorgeous young man exuding raw, unabashed sex at every turn.

It was only slightly impossible to remember how to breathe. 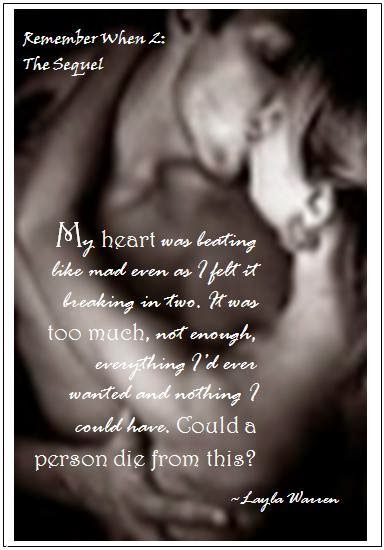 T. Torrest is a New Adult fiction writer from the U.S. She has written many books, but prays that only a handful of them will ever see the light of day. Her stories are geared toward readers of any age that know how to enjoy a good laugh and a dreamy romance.

She likes pina coladas and getting caught in the rain. She's not much into health food, but she does enjoy talking about herself in the third person.

A lifelong Jersey girl, she currently resides there with her husband and two boys.

Layla and Trip have become one of my favorite book couples! They have this chemistry between them that just makes them so powerful together. (POWER COUPLE!!!!) I love the way they interact with each other and play around. How they can be brutally honest and also joke around. I was so excited to start this one after finishing Remember When.

The story picks up about 9 years after the ending of Remember When. Trip is now a rising actor and Layla is working for a magazine. They are both engaged but unfortunately not to each other….that broke my heart right away. I wanted so badly for them to have been together but over time they lost touch with each other. Turns out it was due to postal error. I can’t imagine having loved someone so deeply and then because of the postal service losing touch and moving on. But, they realize that they both deserve better than what they currently have.

Layla ends up setting up an interview with Trip regarding his next film for her magazine. The moment they see each other the sparks fly. It was as if no time had passed at all. I just loved every moment I was able to read the story with them together. It was as if I couldn’t get enough! I wanted to devour every bit of their story I could but then the unthinkable happened…..

I knew going into the story there would be a third book but WOW…. Left me brokenhearted and wanting more!!!! I can’t wait until the third book comes out to see what rollercoaster ride they will be on next. If you don’t like cliffhangers you may want to hold off until the third book is out but these stories are definitely worth reading!!!