Have Gown, Will Wed - Promo

Have Gown, Will Wed 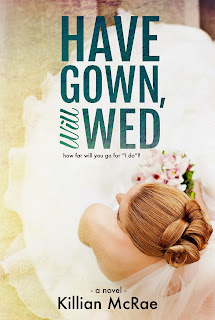 
Back in college, the bras-before-bros sisterhood decided to live for achievement in the boardroom, not the bedroom. Rosalind Betters embraced that philosophy, pursuing her career and little else. But when her last single friend, Kamakshi, announces her engagement in of all things, an arranged marriage, Rosalind reevaluates the merits of matrimony. In her typical gung ho fashion, she names a date, books a venue, hires a caterer, and picks out a dress, all before finding a groom. Taking a lesson from Kamakshi and too busy to do otherwise, Rosalind hires San Francisco's best headhunter, Xavier Hommes, to find her better half for her.

At first, Xavier thinks Rosalind is one of the eccentric personalities for which the city is famous. As the search starts, however, Xavier finds himself hating his task for reasons he never would have suspected. If Rosalind really wants a man who will make her happy, she need look no further. As W-Day approaches and Rosalind starts falling for someone Xavier himself headhunted, he walks the line between professionalism and passion, trying to decide if competing to become Mr. Betters is worth the risk to his commission, his reputation, and Rosalind's happiness.


Killian McRae would tell you that she is a rather boring lass, an authoress whose characters’ lives are so much more exciting than her own. She would be right. Sadly, this sarcastic lexophile leads a rather mundane existence in the San Francisco Bay Area. She once dreamed of being the female Indiana Jones, and to that end she earned a degree in Middle Eastern History from the University of Michigan. However, when she learned that real archaeologist spend more time lovingly removing dust with toothbrushes from shards of pottery than outrunning intriguing villains with exotic accents, she decided to become a writer instead. She writes across many genres, including science fiction, fantasy, romance, and historical fiction. 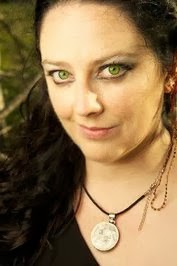 The penthouse loft on the fifteenth floor boasted an expansive view of the city by the bay. Her prime SOMA location afforded a view of the Museum of Modern Art and the Moscone Center. Though the hills in the mid part of the city rose to block her view of the sunset, she could still see by the time the reality sunk in red and orange staining the sky.
Okay, so she was a little behind on the lives of women she used to be so close to in college, they’d text each other good night across campus as part of an on-going joke between them.
“What did I think, that they’d all stop living forward just because I got a little distracted?”
She hadn’t realized she’d said it aloud until Kamakshi answered. “Of course not. And they all understood. You were building BetaHouse, working fourteen-hour days when you weren’t traveling. You were doing it: living the dream we all had.”
“But that’s what gets me, Kam. This is what we all wanted to do? We all said biz before bros, cash before cocks. What happened to everyone? Seems like you and I are the only ones who remained true to that.”
Carmen, the outsider to the sisterhood, perhaps had the best perspective. “Miss Betters, that’s how life works. Sometimes you set out walking down a road thinking you’re going somewhere, and somewhere along the way something else grabs your attention.”
Rosalind inhaled deeply, gathering all her tension into a ball at the pit of her stomach, then convincing herself it was leaving her body as she pushed the breath out through pursed lips. The coping routine was one she’d been taught long ago as a child. “Right, Carmen. You’re absolutely right.” Then she turned to Kamakshi. The stark ivory of her own hand looked even more pale when laid atop her Indian friend’s latte tone. “At least we’re still in it together. I got BetaHouse, you have KeyTerra, and we’re going to rule the world, just like we planned, right? No relationships, just equity.”
As though Kamakshi had suddenly developed an intestinal bug, she cringed and squirmed. “Um, yeah.”
The nerves were back, and so was the sound of her own pulse pounding in her ears. “No, I am not that out of the loop! You, I know. We still have dinner once a week! Well, except these last few weeks, but leading up to the big meeting… Kamakshi, what happened? Did your funding fall through? Did you liquidate? Whatever it is, we can undo it. With the next phase of BetaHouse underway, we can get together and brainstorm like we used to do. We’ll find a way to fix it.”
“No, no, no! KeyTerra is fine. And both you and I know that your big contract is going to double your work load, not lighten it,” Kamakshi returned. “It’s… something else completely. This isn’t really the way I pictured telling you this. But…” Pushing her hand in to her pocket, Kamakshi withdrew a stone with that could choke a goat. It was only when she slipped the rock over her finger that Rosalind noticed there was a ring attached to it. “I’m engaged.”
One final thud of her heart, and Rosalind was through. There were only so many revelations a body could take before it had to reboot. Rosalind Betters rebooted, right onto the floor.