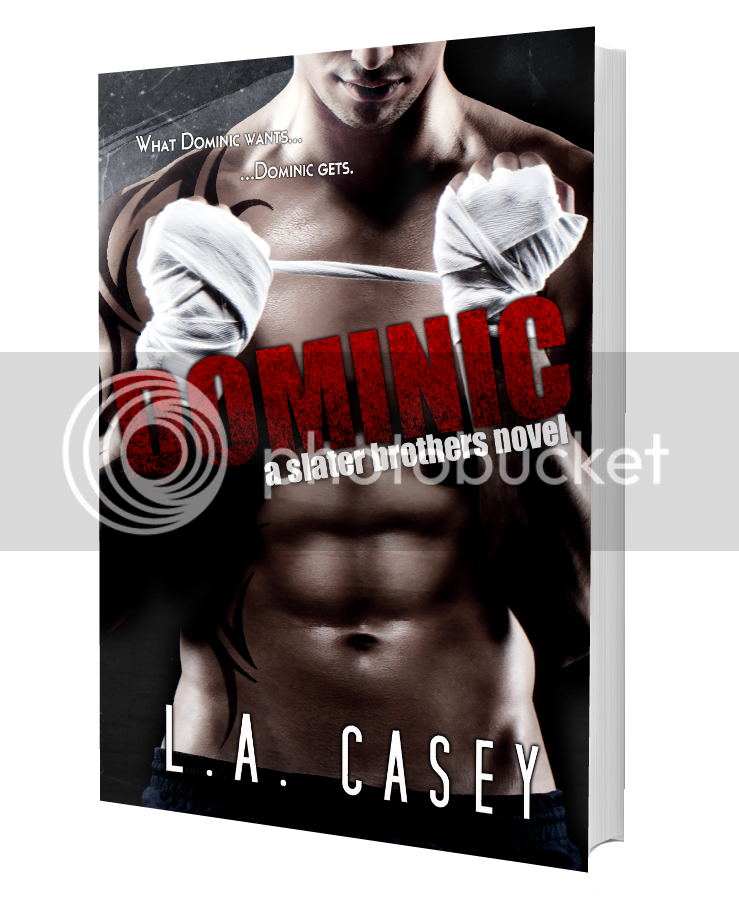 After a car accident killed her parents when she was a child, Bronagh Murphy chose to box herself off from people in an effort to keep herself from future hurt. If she doesn't befriend people, talk to them or acknowledge them in any way they leave her alone just like she wants.
.
When Dominic Slater enters her life, ignoring him is all she has to do to get his attention. Dominic is used to attention, and when he and his brothers move to Dublin, Ireland for family business, he gets nothing but attention. Attention from everyone except the beautiful brunette with a sharp tongue.
.
Dominic wants Bronagh and the only way he can get to her, is by dragging her from the boxed off corner she has herself trapped in the only way he knows how...by force. 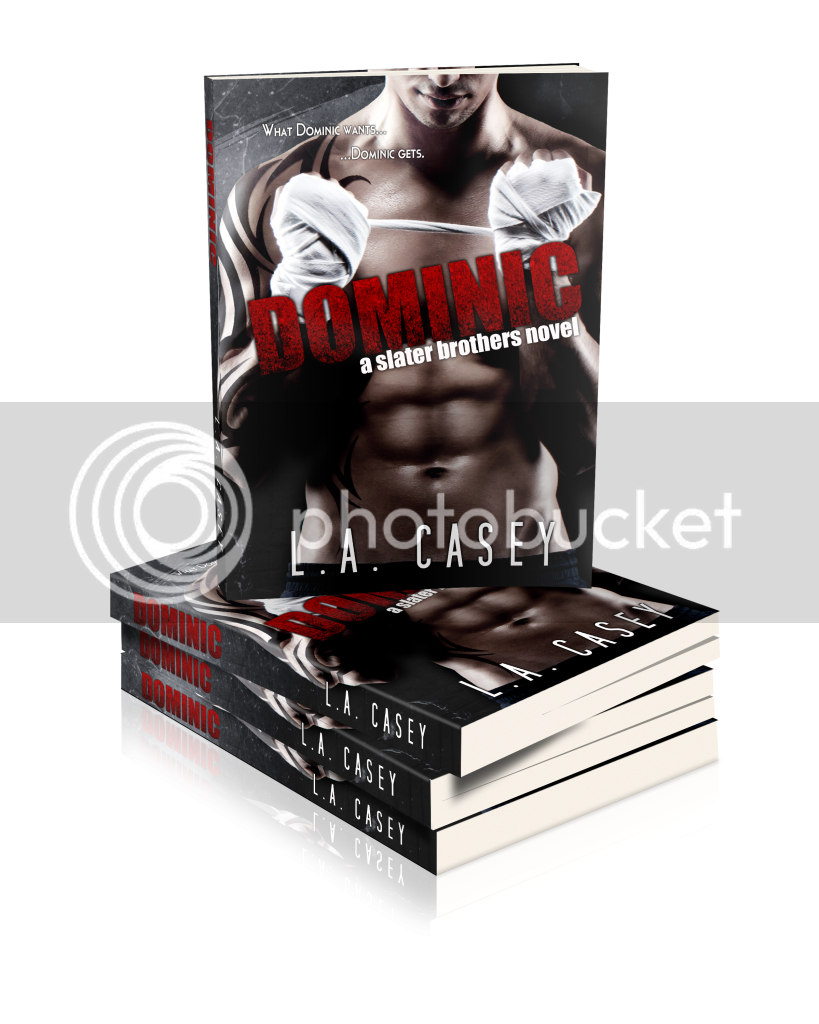 L.A. Casey was born, raised and currently resides in Dublin, Ireland. She is a twenty two year old stay at home mother to an almost 2 year old German Shepherd named Storm and of course, her 4 and half year old (the half is apparently vital) beautiful little hellion/angel depending on the hour of the day.
Her first novel, Dominic, will be self-published, on March 17th, 2014.

I want to start by saying if you don't like bad language, this book really isn't for you. It seemed like every other word that came from their mouth was a curse word... and really with their hatred towards each other or the fact that they liked each other so much they hated it.... it suited the book!

Bronagh likes to stay to herself and doesn't let anyone get close to her. She doesn't find herself to be pretty and tries to stay hidden. Until one day the new American twins show up and one of them are seated in her seat. It is on from there!

Dominic is use to getting what he wants. Girls usually do whatever he wants and act any way they think will get his attention. Not Bronagh though... she will be anything BUT putty in his hands. I loved the interactions between them. They had so much fun going at each other and trying to get under the other's skin! I found myself just shaking my head at certain parts though because, WOW, lots of DRAMA! Dominic has an obsession with Bronagh... you know he truly does care for her but he takes it to a whole other level! Threatening anyone that even barely touches her!

Bronagh struggles with her feelings for Dominic because she has never wanted to open up to anyone in that way. She doesn't know how to handle those feelings so she turns them into anger towards him and is constantly trying to push him away which only makes him persue her even harder. There were times when you just wanted to shake Bronagh and tell her to give in to her feelings already!!!! How much can one person really take??

There is a secret that Dominic has hidden and could possibly ruin anything he has/or wants with Bronagh. Can she look past all of that and see him and the situation for what it is? Will family issues always come inbetween them?

This was a good read and was told from Bronagh's POV.... I would have loved to get a little of Dominic's POV especially because he was constantly have things thrown at his head! HAHA! Talk about some fiesty women but you also have one very possessive male that knows what is HIS and doesn't want anyone else to even look at it!