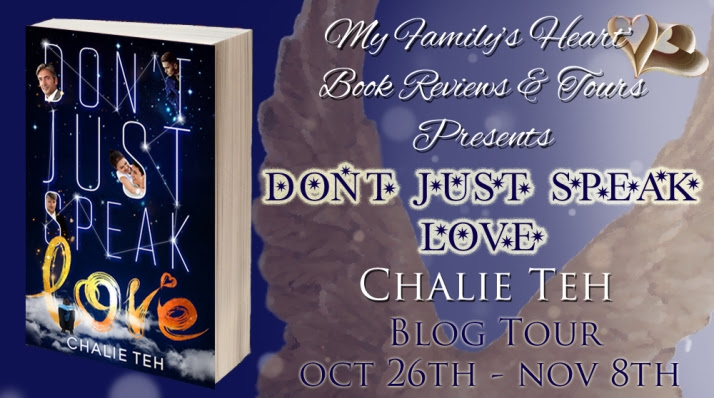 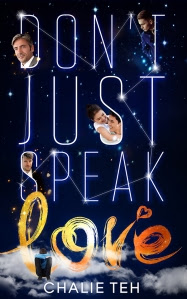 Eighteen-year-old Averie’s life is turned upside-down when she’s instructed by her long-missing mother to enroll in an international college despite her being a local. Soon after, Averie discovers she is a nephilim—part human part angel—and her young life drastically changes from awfully droning to incomprehensibly hectic as she juggles college work, bullying, demanding training sessions with a surprising fit seventy-year-old, family issues, and the one thing she’s most skeptical of: love. When adults in her life don't fulfill their rightful responsibilities, she’s forced to take those neglected responsibilities into her own hands and set everyone’s life back on the right track. With the aid of a special Japanese classmate Sasuke, and a fiercely determined and righteous attitude, will Averie be strong enough to overcome the challenges in her difficult adolescence?

I stared at him in shock; this was getting completely out of hand. At this rate, he would really be failing Ms. Psychotic’s class.
Slinging his backpack over his shoulder, he said to me, “Let’s go?”
There was a collective gasp of shock in the lab. Following his lead, I packed up as well, and before long, the two of us were out of the lab, leaving the rest of the class gawking in disbelief.
When we were out of view, Sasuke turned to me. “Let’s chill at my room until the next class. What do you think?”

For a moment, I wondered what room he was talking about, but I quickly realised it could only be his hostel. With no other idea in mind, I agreed. Sasuke led the way, and I found myself outside a boys’ toilet soon after.
“Wait here,” he said before disappearing into the toilet.
Maybe he needed the washroom badly?
Seconds later, Sasuke emerged from the toilet and indicated for me to come in. “No one’s inside. Come on.”
“What? Are you serious? This is the gents!” I told him, as though he didn’t know already.
“I need to zap us there. We can’t just walk into the hostel during school hours. There’s a guard on duty,” he explained.
“Oh. Okay…” With little choice, I stepped into the gents with Sasuke.
“Ready?” he asked, holding out his open hand.
I took it and closed my eyes. “Ready.”
The same old discomfort washed over me.
“We’re here,” he said, and I felt him letting go.
I opened my eyes to a small, neat room with two beds, two desks, two chairs, two wardrobes—all mirroring each other—and some shelves against the wall between the desks. Only one side of the room seemed to be occupied, so I asked, “You don’t have a roommate?”

Averie Teh: 18-year-old Singaporean protagonist. Daughter of Archangel Lucifer (antagonist). No one out of the ordinary in general. Untrusting, forthright, brave enough to stand up to her beliefs.
Takahashi Sasuke: A Japanese boy. Averie’s classmate and love interest. Grandson of Archangel Israfel. Drummer in a boy group. Radiant, down to earth, an incredibly nice person.


Asa Savant: Twelve going thirteen. Grandson of Sir Albion. And extremely thoughtful boy who was mature way beyond his years.

Chalie Teh lives in Singapore—a sunny island in Southeast Asia, which occupies only a little red dot on the world map. She is twenty-one this year and mum to a perfect Shih Tzu dog called Blythe. 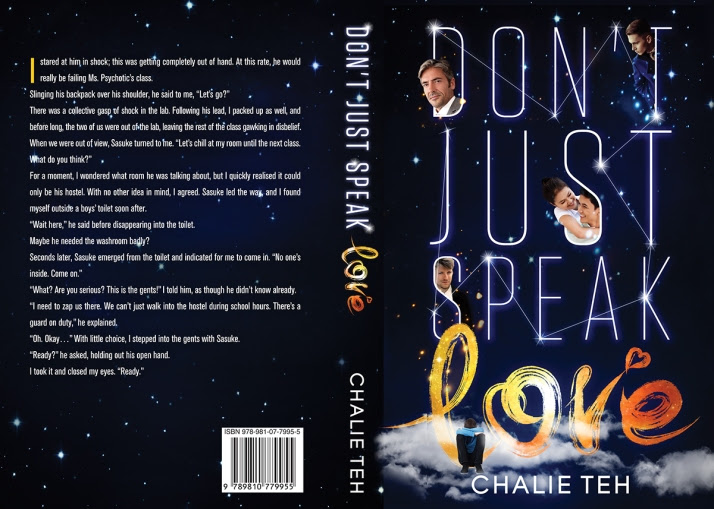